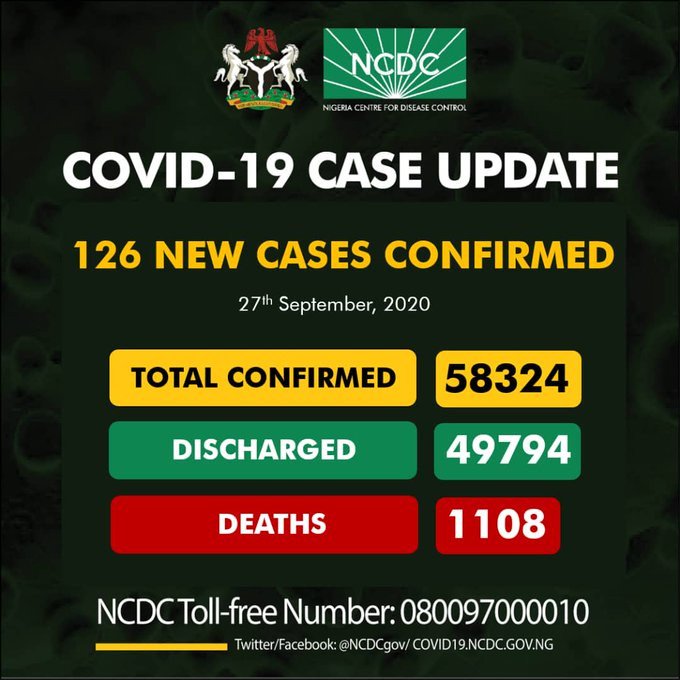 126 new cases of COVID-19 were recorded in Nigeria on Sunday, September 27.

According to statistics released by the Nigeria Centre for Disease Control (NCDC), the new cases were confirmed in eleven states and the Federal Capital Territory (FCT).

See a breakdown of the number of cases per states below

The post 126 new cases of COVID-19 recorded in Nigeria appeared first on illuminaija.