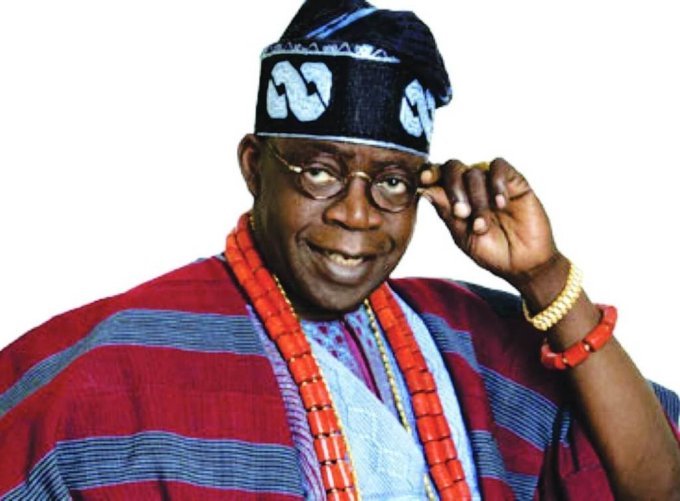 The national leader of the All Progressives Congress, Bola Ahmed Tinubu, has quietly opened a campaign headquarters in a Maitama property that once housed a private school in Abuja, according to Sahara Reporters.

The report quoted the PeoplesGazette as saying that the 2,700 square metres property, former home of Eagle Heights International Schools, sits just North of the Philippines Embassy at 2, Kainji Crescent and just across the street from Body of Benchers, which regulates admission into Nigerian legal education institutions.

The property was secured for two years at N15m per annum, a good deal in the exquisite neighbourhood that is credited more to Tinubu’s influence than fortitude, according to campaign officials familiar with its financial commitments.

There were no immediate signs from outside that the property holds Tinubu’s campaign office, but sources within the campaign told the newspaper that activities have intensified inside for the former Lagos governor’s presidential bid.

A campaign insider told the PeoplesGazette that the office was deliberately tucked between the conspicuous intersection of Kainji Crescent and Lake Chad Crescent because they needed a place that would provide just enough space needed to run the primaries exploration.

Depending on how activities expand ahead of primaries and general elections, the campaign may still move to a location in downtown neighbourhoods like Garki, Central Area or Wuse.

Tinubu has long been rumoured to be interested in running for President but he has sparingly obfuscated questions around his ambition and clearly has not begun open consultation as an aspirant.

YOU MAY ALSO LIKE  EndSARS: Gridlock In Lagos As Protesters Shut Down Lekki Toll Gate

But his supporters have been coordinating in Lagos, Abuja and elsewhere to work towards a seamless strategy that will see him clinch the APC presidential ticket.

Abiodun Faleke, a senior federal lawmaker fabled for his acerbic take on parliamentary business, is a key coordinator of the new campaign office and will likely play a top role in Tinubu’s run, the PeoplesGazette heard from sources involved in emerging decisions within the former governor’s political circles.

Tinubu’s circles are confident of his chances but they could not tell yet whether or not they would address the numerous corruption allegations against him before the primaries.

Although he has no active corruption trials pending against him and has previously been extricated by an anti-corruption tribunal, Tinubu nonetheless continues to face some of the most unsavoury, enduring corruption perceptions in Nigeria.

Even though he has continued to deny it, SaharaReporters learnt that Tinubu had been courting President Buhari and the cabal, a group of power brokers at the Aso Rock Villa led by late Chief of Staff, Abba Kyari, with the hope of clinching the APC Presidential ticket in 2023.

But in what can be regarded as a ‘killer’ punch to his political structure and 2023 presidential ambition, President Buhari and other APC leaders in a meeting in June sacked the National Working Committee of the party headed by his loyalist, Adams Oshiomhole.

The former Edo State governor belongs to the Tinubu camp and with him and his NWC out of the way, the chances of the ex-Lagos governor succeeding Buhari grew ever slimmer.

Tinubu had also convinced himself that by surrendering his loyalty to President Buhari and the cabal he would be able to curry the favour of the Northern parts of Nigeria for his presidential ambition.