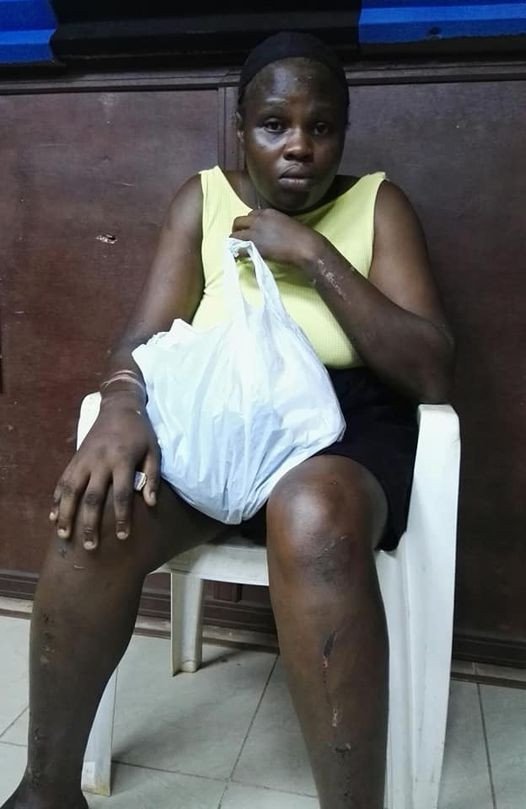 A News Anchor with the Edo Broadcasting Service, Osaretyn Asemota-Ero is demanding justice for a 23-year-old lady Joyce Ejemen Balogun, who was allegedly brutalized by her employer over allegation of theft.

The incident reportedly happened at a hotel in Utesi, an outskirt of Benin-Sapele Road, Edo State.

According to the victim, she was brutally beaten by the hotel owner and his boys after being accused of stealing six TV sets. After the said assault, the men allegedly took away her pant, bra and blouse.

“Please help Joyce Ejemen Balogun obtain justice. According to the victim, she was given the beating of her life by her employer and his boys, after being alleged to have stolen six television sets in the hotel owned by her accuser who thereafter took away her undies, i.e pant, bra &blouse” Asemota-Ero posted on Friday, November 5. 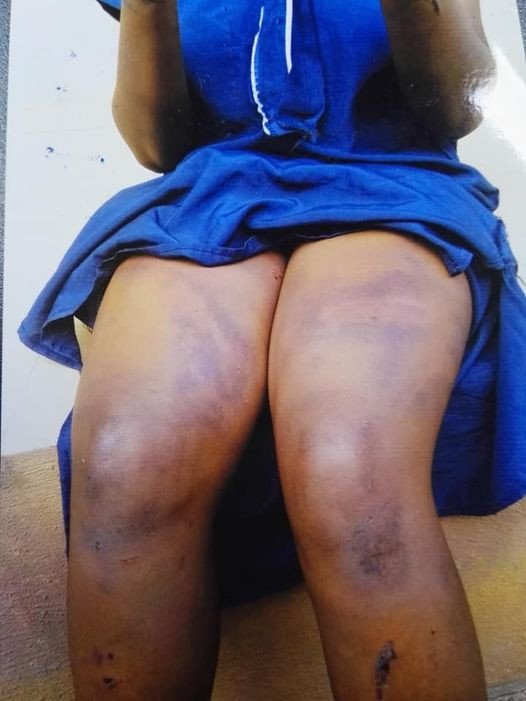 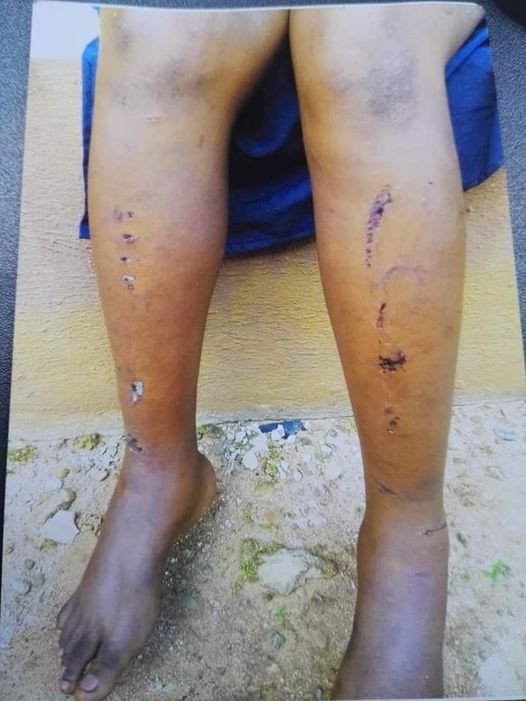 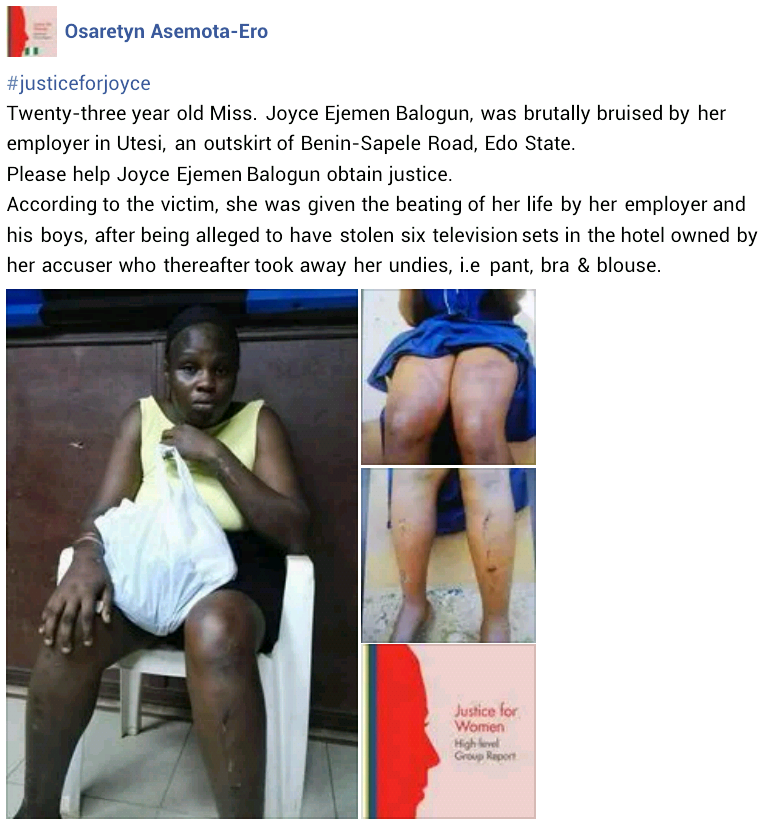 The post 23-year-old woman allegedly beaten and stripped by her employer and his boys over theft allegation in Edo appeared first on illuminaija.