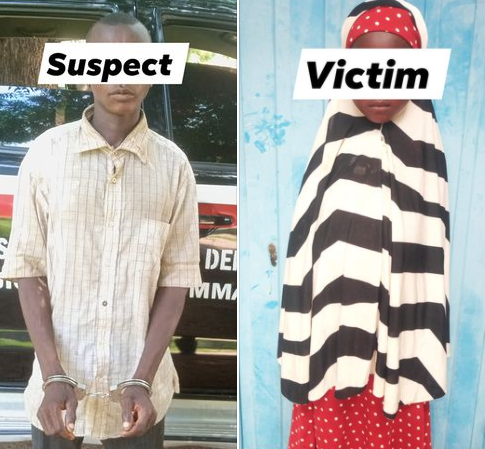 A statement released by the command’s spokesperson, Adamu Shehu, says the case was reported at the Yankwashi Divisional office by the father of the victim who accused the suspect of taking his five-year-old girl to his house and raped her.

”Upon interrogation, the suspect confessed that on Friday, 18th September 2020, at about 1530hrs, he invited the young girl into his house with the intention of sending her on an errand and later on changed his mind to take advantage of her.

According to the victim’s mother, it was when her daughter was complaining of pain in her private area that she decided to have a look at the place, and then questioned the girl on how she sustains bruises at the area. The little girl started crying saying the person would kill her if she mentioned his name.” the statement read

Adamu added that a medical report obtained from the Sexual Assault Referral Centre (SARC) at the General Hospital, Dutse, shows penetration and bruises in the victim’s private area.

YOU MAY ALSO LIKE  Reports: English Club Puts Super Eagles Star Up For Sale

He said the suspect will be charged to the court of competent jurisdiction after a discreet investigation has been completed.