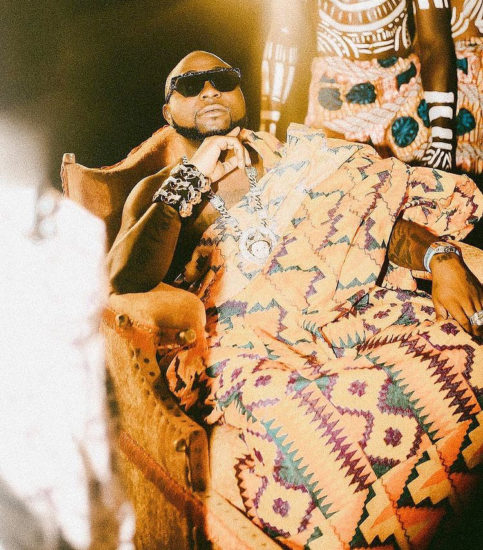 Ace afrobeats singer, Davido was treated to an early morning surprise by his crew, the 30BG, on his 28th birthday on Saturday.

The FEM crooner turned twenty-eight today, November 21 and has been receiving massive show of love on and off social media by friends, family, fans and well-wishers.

In the video, the multi award-winning artiste who had just taken his early morning bath was surprised to be greeted by a group of excited crew members of his 30 Billion Gang (30BG) who blew trumpets in excitement to celebrate their boss.

Surprised and short of words, ‘Papa Ifeanyi’ was just smiling endlessly and stared amazed at his guys while making visible, his cute dimples.

The post 30BG Treated Davido To An Early Morning Surprise On His 28th Birthday (Video) appeared first on .