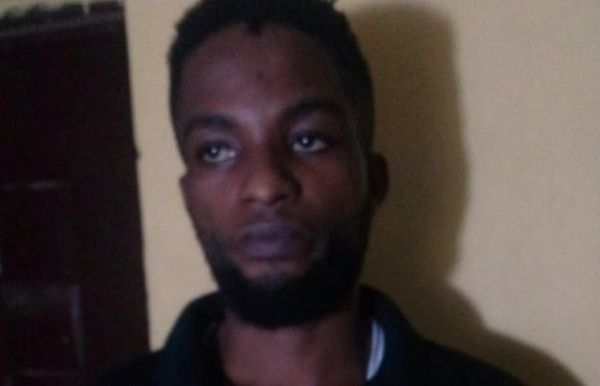 Security operatives have apprehended a man who sexually defiled an underaged girl at her family house.

Police officers in Lagos have apprehended a man for defiling an underage girl.

The sad incident happened at the girl’s family house.

“On 11/9/2019 at about 14:30hours, Bariga Police Station received a complaint that one Innocent Ifunanyachi ‘m’ 34 years old defiled a 14-year-old girl in her family house.

The suspect being a friend to the family visited and found the girl eating Indomie and while she left to get him some drinks, he quickly put some quantities of dry leaves suspected to be Indian Helm into the food.

She returned and eat the food without foreknowledge of the substance added. She lost consciousness after eating the food and he took advantage of that to rape her.

Detectives from the Family Support Unit arrested the suspect and he confessed to the commission of the Crime. The survivor was taken to hospital for medical treatment and forensic examination.

The suspect will be charged to Court.”