Five(5) aides to the Governor of Edo State, Godwin Obaseki have resigned following their Principal’s defection to the opposition Peoples Democratic Party, PDP.

Their reason for resigning is because they ‘were not ready to defect to the Peoples Democratic Party, (PDP) along with the governor’. They added that they still believe more in the APC. 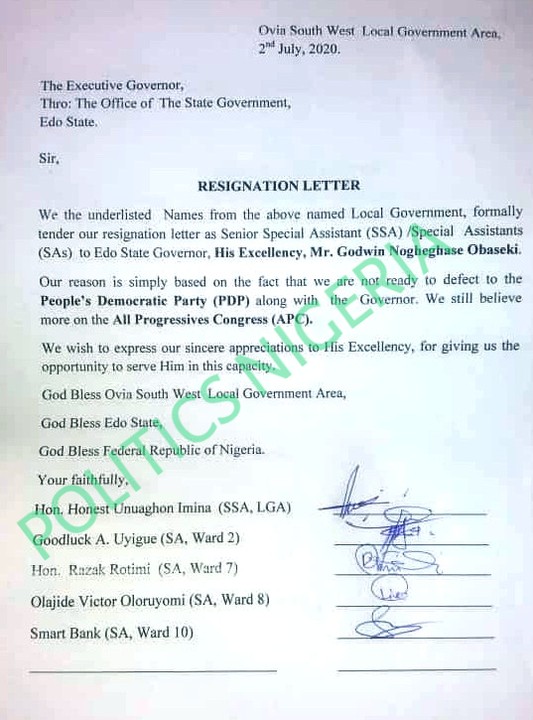