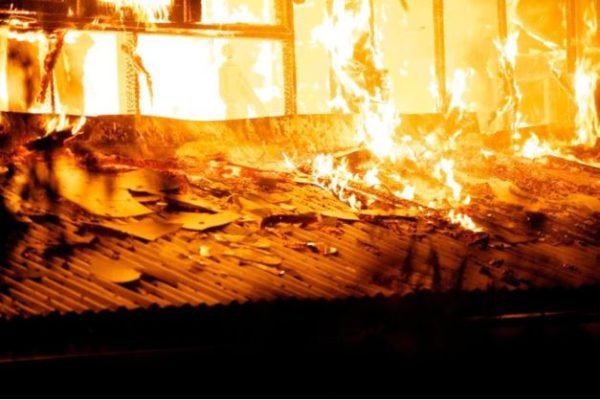 Fire broke out in Western Cape in the early hours of Sunday leaving over 800 people homeless.

The fire destroyed an estimated 200 shacks in an informal settlement in Hout Bay in the Western Cape.

According to Cape Town fire and rescue service spokesperson, Jermaine Carelse, the firefighters got to the scene of the fire in Imizamo Yethu at 2.18am.
Carelse said Hout Bay firefighters responded to the call but they were short of resources and had to call for backup after a “swirling wind” caused more havoc.

The tough fire was extinguished at 11.48am after about 80 firefighters from 14 different fire stations, with 20 firefighting appliances battled the blaze.

He said the fire displaced hundreds of people.

A firefighter had to be treated immediately after inhaling too much toxic smoke.

YOU MAY ALSO LIKE  No Threat Would Force Me To Stop Fight Against Insecurity In Zamfara – Gov. Matawalle

“A team will be deployed to assist with clearing and starter kits to rebuild will be provided to residents on site as soon as possible.

“The city’s disaster risk management has also begun approaching corporate sponsors to assist with basic items for those affected.

“The electricity department is already on site and will be working towards restoring all legal connections as soon as possible.

“I am grateful for the speedy response by services, and more so that it appears that no-one has suffered injury nor especially loss of life,” said Quintas.

The post 800 homeless after fire breaks out in informal settlement in Hout Bay appeared first on illuminaija.