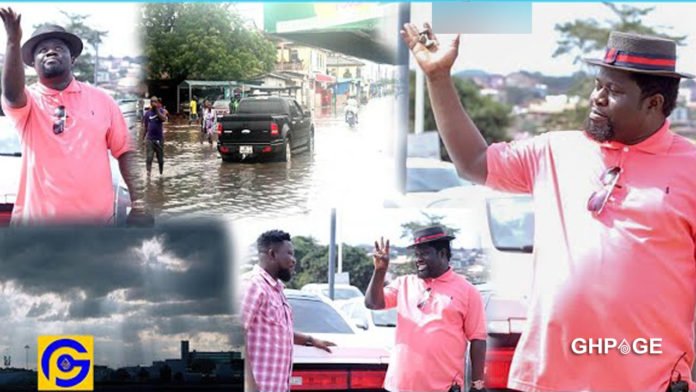 The founder and leader of Shinning Grace Chapel International Bishop Isaac Appiah aka Ogya Nyame in an exclusive interview  has revealed that he now controls the weather like his mobile phone.

It would be remembered that, one prophet from the Ashanti Region revealed that the region would experience a massive rainfall which would last for sometime and eventually destroy the region.

According to the Prophet only identified as Dominic, the rains would last for a period of three days.

But speaking with Ghpage, Ogya Nyame disclosed that he stopped the rains from destroying the Ashanti region.

He stated that he reside in the region and doesn’t see why he been the spiritual captain in the region, he would allow the rains to destroy the region hence the decision to stop it.

Oyga Nyame continued that, he told people he would control the whether on the said day that the rains are supposed to start and he did just that.

According to Ogya Nyame, he now controls whether like his mobile phone and television remote concluding that he will never let any evil befall the Ashanti region while he still stays and operates from the place.

The post A pastor in Ghana ,Ogya Nyame claims he can control the weather appeared first on illuminaija.