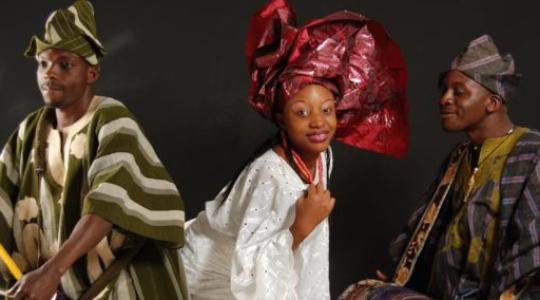 The Yorubas are no doubt very unique people. Their customs and traditions are one that have travelled all over the world. These people of the southwestern region of Nigeria are arguably the largest ethnic group in the country.

For a group of people to be this coordinated, they must have rules that keep the society in order. These rules have led to the establishment of cultural taboos and abominations that dictate the boundaries for the people’s behaviour.

It is, however, important to note that some of these taboos are not unique to the Yorubas. Here are seven of them:

Yoruba culture forbids a married woman to have sexual relations with a man that isn’t her husband. A man that suspects his wife of cheating could be tempted to lace her with magun, which is one of the strangest traditions in Nigeria. Magun could lead to her lover losing his life or getting stuck while in the act. This taboo is more critical against women than against men, so it is highly frowned upon for a wife to cheat on her husband.

2. A king and his royal crown

Kings in Yorubaland are forbidden from looking inside of his royal crown. A king must wear a crown but he must never peer into it. The day he does it is the day he will join his ancestors. Kings could be allowed to do this if they insist on committing suicide.

3. A strapped baby must never fall from its mother’s back

Committing suicide is a serious abomination in Yorubaland, and the body must not be lowered down until some sacrifices are performed to appease the gods. The body of such an individual will be thrown into the evil forest or outside the town to avoid invoking the anger of the gods on the land. The family of an individual that commits suicide will be tainted forever in the community.

It is generally considered unclean to consume dog meat, pork, and cat meat among others. While many Yorubas will never taste dog meat but gladly consume African rabbit (Okete), the Ondo people consider Okete an abomination but will gladly eat dog meat with relish.

As the world progresses, more and more people are shattering cultural establishments in relation to gender. The widespread traction of the Lesbian Gay Bisexual Transgender (LGBT) community is one major pointer to this. However, not everyone across the world is willing to conform. Same-sex relationships are forbidden in Yorubaland. Although many people practice it in Nigeria, it is still considered an abomination in Yorubaland.

The post ABOMINATION!! See The Taboos That Were Taken Very Seriously In Ancient Yorubaland appeared first on illuminaija.