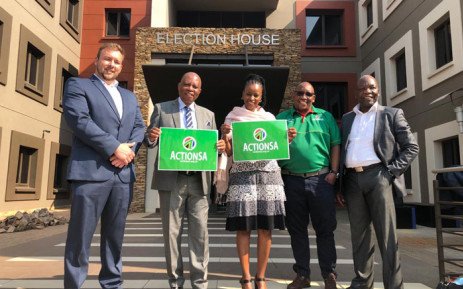 Action SA said the move taken by the Independent Electoral Commission (IEC) to not register it as a political party is irrational.

The organisation said that the IEC’s decision is prompted by a perceived similarity with another political party and the use of the South African flag in its logo.

Action SA wants to appeal the move by the IEC.

Action SA stated that its branding was very different to that of the Party of Action’s and can not be confused for it.

The party’s Michael Beaumont said: “We are disappointed. We think that the IEC’s application of the law is incorrect and for that matter inconsistent.”

YOU MAY ALSO LIKE  Champions League: Bayern Beat PSG To Clinch Historic Treble

“But at the same time, we remain optimistic that the internal process that we are participating in will result in the correct decision being made and for the registration of Action SA to be allowed.”

Beaumont indicated that the use of a national flag in the logo is also an issue with the IEC.

“The IEC’s ability to reject an application can only take place on two grounds; the first is the similarity ground I mentioned earlier and the second one is to identify marks of that party in gender hate speech and violence.”

“Those are the only two grounds.”

YOU MAY ALSO LIKE  Gov. Bello expresses shock over death of broadcaster, Ibrahim Ayawa

The post ActionSA condemns IEC refusal to register its as a political party appeared first on illuminaija.