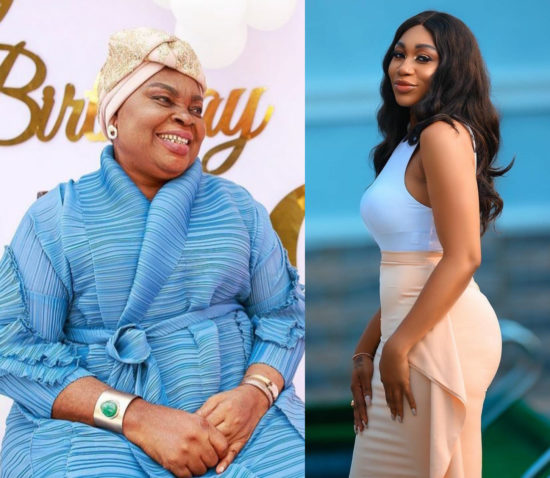 Ebube Nwagbo has lost her mum after a battle with an undisclosed ailment.

The heartbroken actress took to Instagram in the early hours of Monday, Jan 18, to announce the sad news.

She said her mum was a fighter and fought till she breathed her last. She added that despite the fact she was going through pains, her mum fought to live.

She is survived by her husband and children.

Below is Ebube’s tribute to her mother. 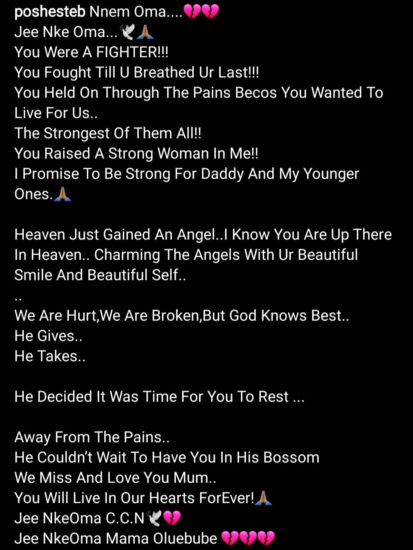