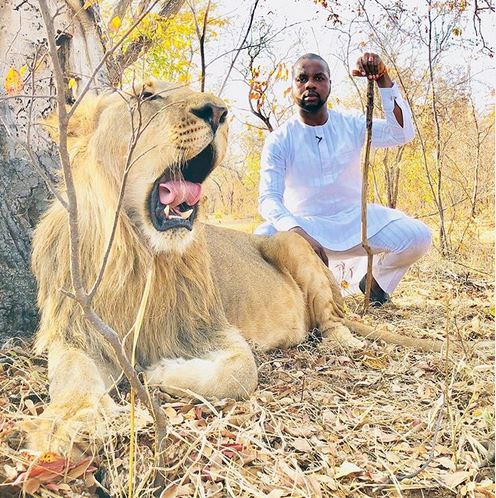 Journalist and political activist, Adebola Williams has been caught in a video taking a stroll with the dreaded king of of the forest, Lion, in Zimbabwe.

Williams, who is on vacation in Zimbabwe decided to take a huge risk in a Game Reserve by taking a stroll with a lion.

The media entrepreneur released a photo and a video of his adventure with a lion in Zimbabwe on his Instagram page on Wednesday.

YOU MAY ALSO LIKE  JUST IN!!! EFCC Raids Akinwunmi Ambode’s Residence

in one of his posts, he wrote: “Fear is nothing but a growling animal with no teeth- Titi Sonuga Williams.”

On the video he posted, he said: “Two kings take an early morning stroll in the wild. Good morning Africa, the world began here!”