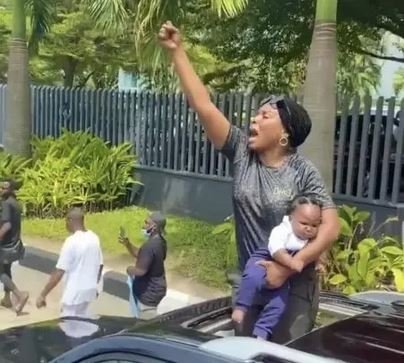 A photo has surfaced online showing a nursing mom supporting the #EndSars campaign.

The nursing mom can be seen raising her hand to show support against police brutality in the country.

She was in her car with her baby, but on seeing protesters on the road, she opened her car roof, as she raised her hand in the air, while carrying her baby in solidarity.

The fight against police brutality has become a  Nationwide protest, as Nigerian youths all over the country has aired their grievances against SARS brutality.

See the beautiful photos below; 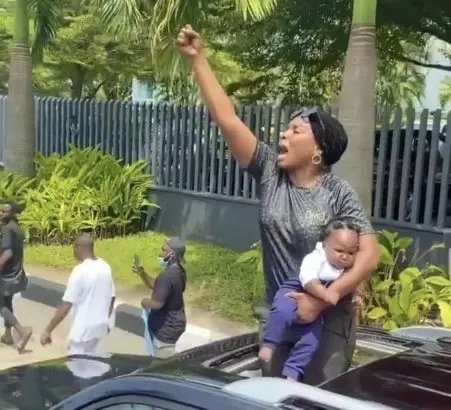 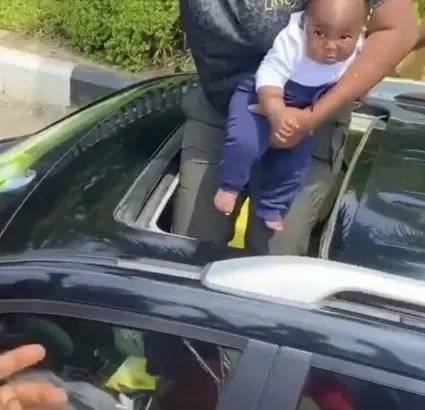