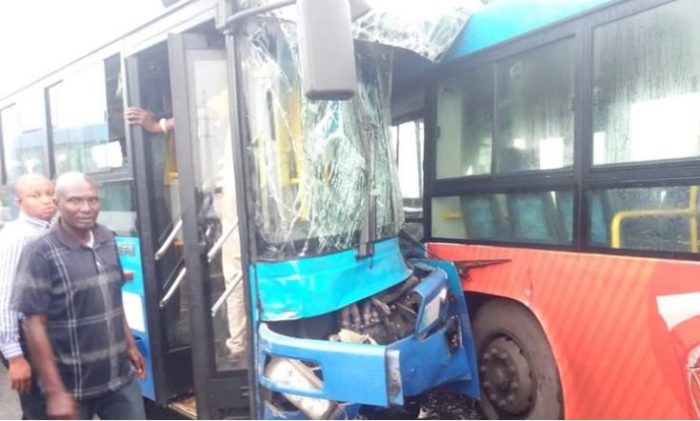 Many people have been left injured after two high capacity buses on the Bus Rapid Transit (BRT) lane crashed into each other in the Asolo area of Lagos State.

The accident occurred early on Monday, September 2, 2019, according to a statement by the Lagos State Traffic Management Agency (LASTMA).

“An accident involving two high capacity buses on the BRT corridor at Asolo. Traffic building up both ways due to onlookers. Recovery already ongoing,” the traffic agency posted on Twitter.

It’s unclear how many passengers are injured, but eyewitnesses have reported that some people were taken to the hospital for medical treatment.

The accident comes just a week after a fully-loaded cement truck crashed into a BRT bus, also in Asolo.