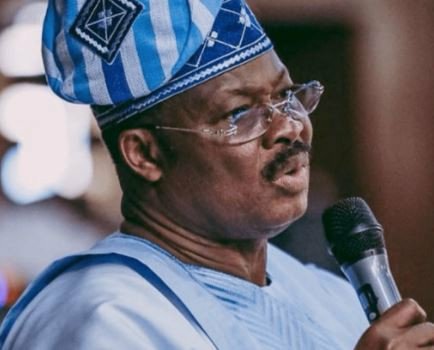 Governor Seyi Makinde of Oyo state is currently being sued by his predecessor Abiola Ajimobi over the revocation of the former governor’s landed property in Ibadan, the state capital.

The lawsuit filed by Ojo Adebayo, the former Attorney General of the state, on Wednesday, February 12, involves the revocation of a property owned by Ajimobi at Agodi, Government Reservation Area (GRA), Ibadan.

YOU MAY ALSO LIKE  Bbnaija: Tacha Under Fire Over Cleavage-baring Outfit (Photos)

However, the state government in reaction to the suit said the land was revoked due to the “alteration of land use”.

Taiwo Adisa, the governor’s chief press secretary in a statement explained that the revocation order, dated February 10, indicated that the affected land was revoked “for overriding public interest and for the use of the State Government.”

The post Ajimobi sues his successor Seyi Makinde, others over revocation of landed property appeared first on .

“I have been wearing the same shoes for the last 12 weeks” – Pastor Adeboye’s son, Leke reveals