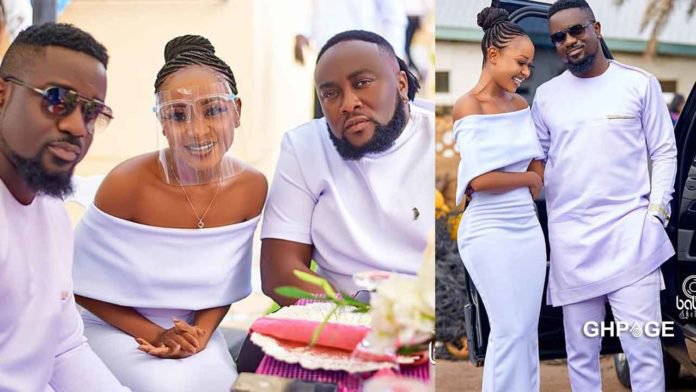 Actress and socialite akuapem poloo in a new video has thanked Ghana’s best rapper, sarkodie(The Highest) for giving her an opportunity to take pictures with him.

Extremely emotional, akuapem poloo in the video, couldn’t hold back her joy. At first, she thought it was a dream when she stood beside Sarkodie to take a picture with him.

According to her, this is the first time she has been on trend for positive reasons. She revealed that her meeting with Sarkodie and his manager Angel Town has had a positive impact on her life.

Akuapem Poloo said since she entered the entertainment industry 3 years ago, other celebrities have shunned her, claiming she has a tarnished brand.

Akuapem Poloo wowed not to ever go back to the dirt again as Sarkodie has now endorsed her brand(one that was tagged with negative news).

The post Akuapem Polo claims her life changed when sarkodie took a picture with her appeared first on illuminaija.