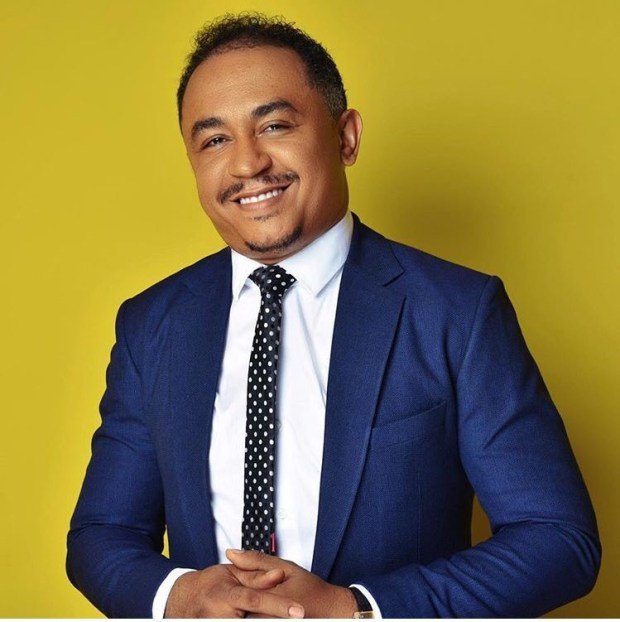 Controversial OAP, Daddy Freeze has disclosed how his uncle warned him not to leave his previous marriage for fear that it would end his career.

The OAP  added that marriage doesn’t define a person.

He pointed out that Albert Einstein was divorced and the richest man in the world Jeff Bezos is also divorced yet it didn’t stop them from fulfilling purpose.

He added that it’s not scriptural to mock the divorced, single and barren. 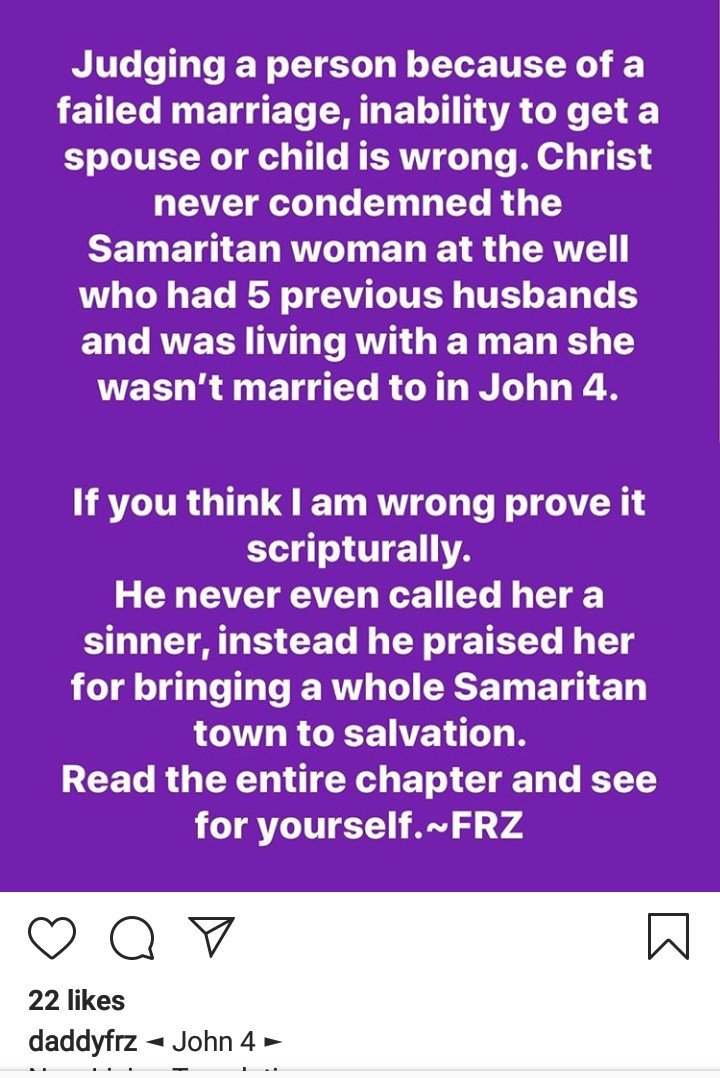 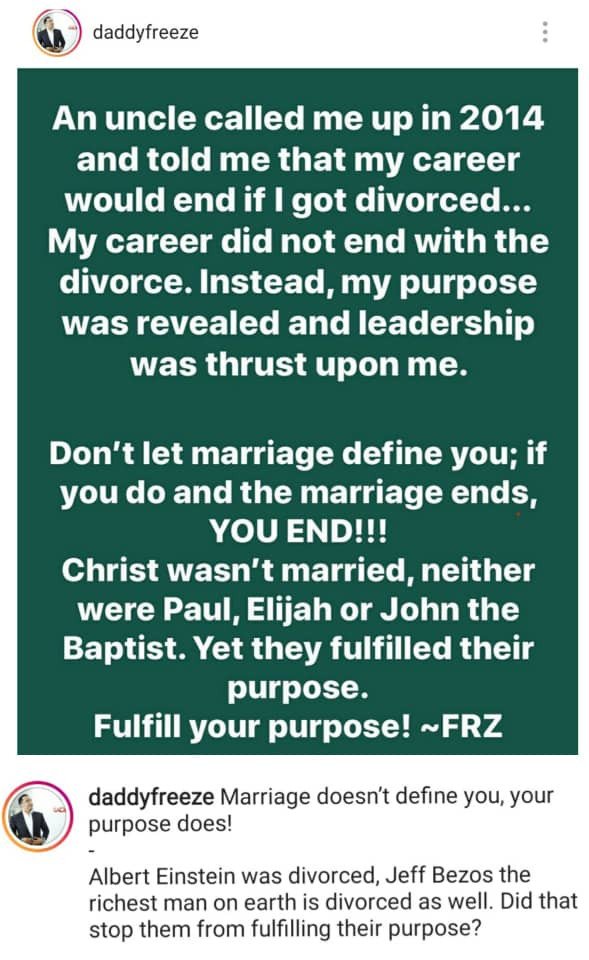 The post “Albert Einstein And Jeff Bezos Are Divorced” Freeze Says As He Claims It’s Unscriptural To Ridicle The Divorced, Single And Barren appeared first on illuminaija.