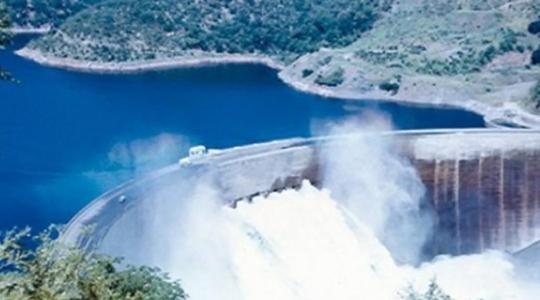 Lake Kariba or more correctly Kariba Dam often gets overlooked by international tourists, possibly because it is not that well-publicized or known about by foreign Travel Agents, but this is a big mistake, as it’s an absolute vacationer’s paradise. There is not a Zimbabwean out there who doesn’t hold Kariba very close to their heart. 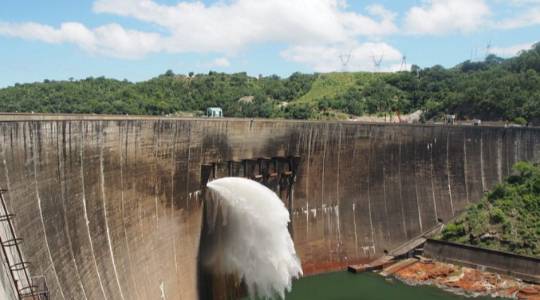 Although a bit difficult for tourists to get to, it is known for gorgeous sunsets and exciting fishing, as well as beautiful scenery, and impressive game viewing, particularly in the Matusadona National Park. The vastness of the lake allows for multi-day excursions from one end of the lake to the other in one of the many Kariba houseboats or on the Kariba Ferry. A variety of accommodation options including camping and lodges to luxury safari camps as well as the houseboats cater for different budget groups.

The Zambian side does not have the same magnificence as the Zimbabwean shoreline. For one, the game is fairly non-existent on the northern bank and second, it lacks the stunning backdrop of the Matusadona mountains that the Zimbabwean side has.

Is Lake Kariba the Biggest Man-made Lake in the World?

Lake Kariba, when constructed was the largest dam wall and an artificial lake in the world, though, record has since been surpassed by others dams, it is still the world’s largest man-made reservoir by volume, making the Zambezi River home to two world greats – the other being the largest waterfall in the world, the Victoria Falls. Kariba’s reservoir volume is 185 billion m3, the surface area covers about 5500km2,  and it extends for more than 280km, with a maximum width of 40kms. It is located just about halfway between the source and mouth of the Zambezi River and is 200kms downstream of the Victoria Falls. The lake lies on the border between Zimbabwe and Zambia, as does much of the Zambezi River.

How Big is the Kariba Dam Wall?

The Kariba Dam has a double-arch wall curved both vertically and horizontally. It stands 128m high, 617m long and 13m wide at its crest, and 24m wide at the base. The wall spans across the Kariba gorge, creating a border crossing between Zimbabwe and Zambia, where people and vehicles can go from one country to the other.

How Did Kariba Get its Name?

The name Kariba was derived, by the Europeans from the local Shona word ‘Kariva’ or ‘Kariwa’ meaning ‘little trap’ or ‘bridge’. There are various explanations of this but one of them is that before the dam was built, the Zambezi river, at this gorge was funnelled into a narrow neck no more than 100 meters wide. The powerful water carved its way through a large granite block, leaving the top to form a natural bridge. This arch looked like a large traditional fish trap, hence the name.

When Was Lake Kariba Built and How Long Did it Take to Fill Up?

Construction on the Kariba Dam wall began in 1955 and was completed in December 1958. Northern Rhodesia (now Zambia) and Southern Rhodesia (now Zimbabwe) were in need of hydroelectric energy, particularly for the production of copper, especially in Northern Rhodesia where copper was being produced and was in high demand after the Second World War. By 1960, Harare, Bulawayo and more towns in the south, as well as towns in Zambia were receiving electricity supplied from Lake Kariba.

The story of the construction of this huge dam is not complete without the myths and mystery involving the Zambezi River god and his home. Read the very interesting story of  Nyami Nyami in African Mythology. 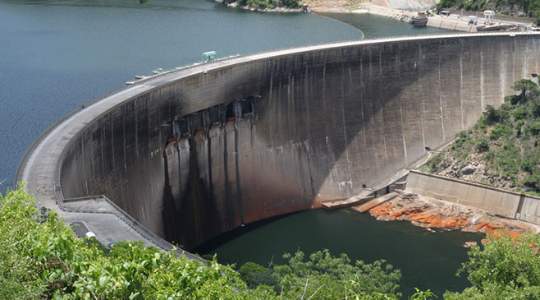 After construction was complete it took another 5 years for the dam to assume its present-day dimensions. During this time, there was a massive relocation operation, with 22000 people moved into Zimbabwe, and 35000 people into Zambia, along with 6000 animals from the river valley. The relocation program caught international attention and was known as Operation Noah, headed by Rupert Fothergill. The operation took 6 years to complete, and animals were moved into the Matusadona and Chete safari areas.

Other facts about Kariba

In the late 1960s, Lake Kariba received shoals of Kapenta (small sardines) from Lake Tanganyika, and this was the beginning of the commercial fishing industry for which Kariba is known. The indigenous Tigerfish have thrived on the Kapenta and further contributed to tourism in the area. There are several other species of fish in the lake, and altogether, they make for some of the best sport fishing anywhere.

Kariba is a major source of hydro-electric power for both Zimbabwe and Zambia. However, due to time and perhaps some seismic activity over the past few decades, Kariba must undergo an upgrade for the next few years. The plunge pool below the wall has been eroding the foundation, and studies suggest that in time, the dam could give way, which would be catastrophic. This time, the work has been contracted to French engineering firm Razel-BEC. 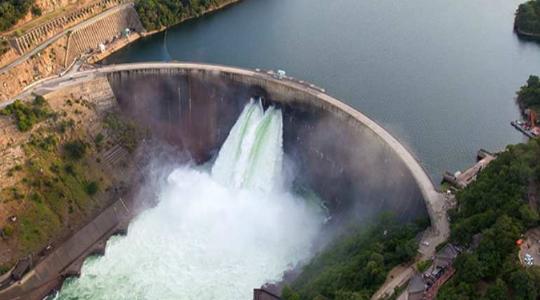 Kariba Dam was designed by a French man, and construction was managed by an Italian firm.

During the first flooding, 11 Italian men were trapped in the concrete wall. It was too expensive to get them out, so to this day, their bodies remain part of the Kariba Dam wall.

When Kariba Dam was completed, it was actually the biggest dam wall in the world. It is still the largest man-made lake in the world by volume.

The post All You Need To Know About The Kariba Dam In Zimbabwe appeared first on illuminaija.