Ama K Abebrese, British-Ghanaian actress and movie producer has blasted a certain young man on social media who said in a Facebook comment that he will ‘chop’ DJ Switch. 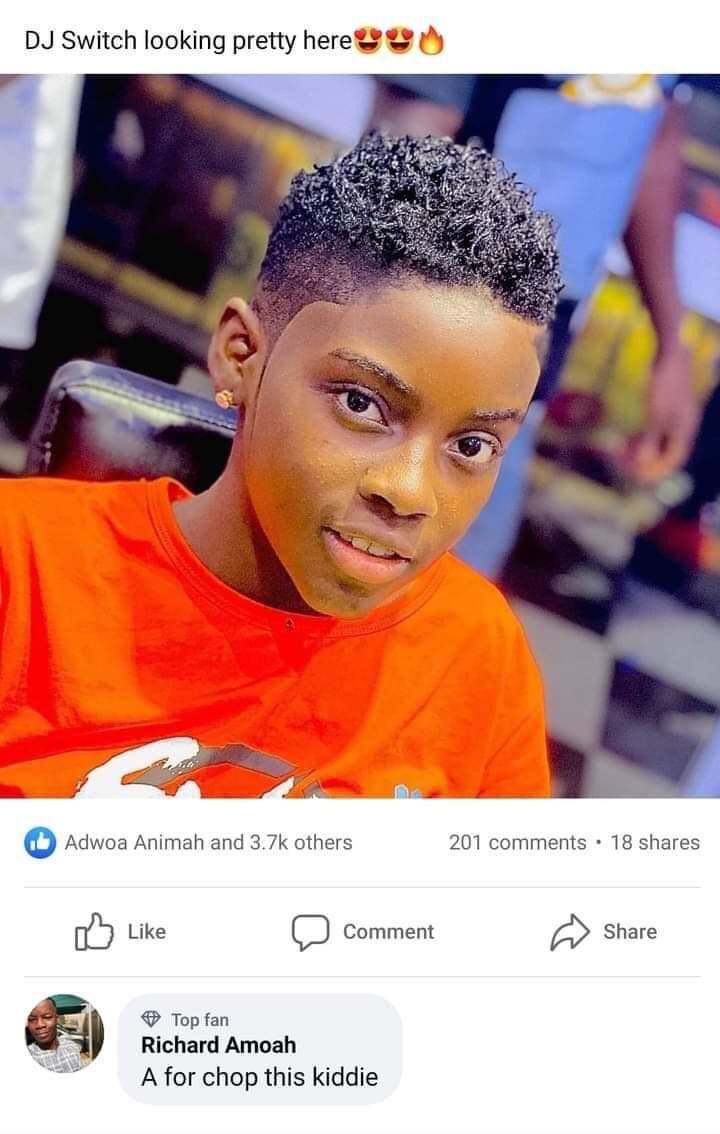 The unintelligent post by Richard Amoah has landed him in serious trouble on social media. Netizens have fiercely bared their teeth wide at him, expressing their utmost disappointment in him.

Ama K Abebrese who has been advocating for the rights of rape victims apparently is deeply affected by the guy’s comments.

YOU MAY ALSO LIKE  Listen to Earl Sweatshirt’s FEET OF CLAY bonus track, “GHOST”

Peeved by his comments, Ama K Abebrese described the young gentle man as disgusting who go about defiling innocent girls just because the girls are vulnerable.

Venting her anger on social media the actress wrote; “This guy is called Richard Amoah and he feels justified in writing on the internet that he will “rape” a child DJ Switch.
“Rape” because a child cannot consent to sex with an adult.
This disgusting man and people like this are in the society. I speak for families of defiled children and there is nothing funny about this!! This is abhorrent!”

DJ Switch’s management are yet to react to this comments by Richard Amoah on Facebook.

The post Ama K Abebrese condemns a guy who said he would ‘chop’ DJ Switch appeared first on illuminaija.