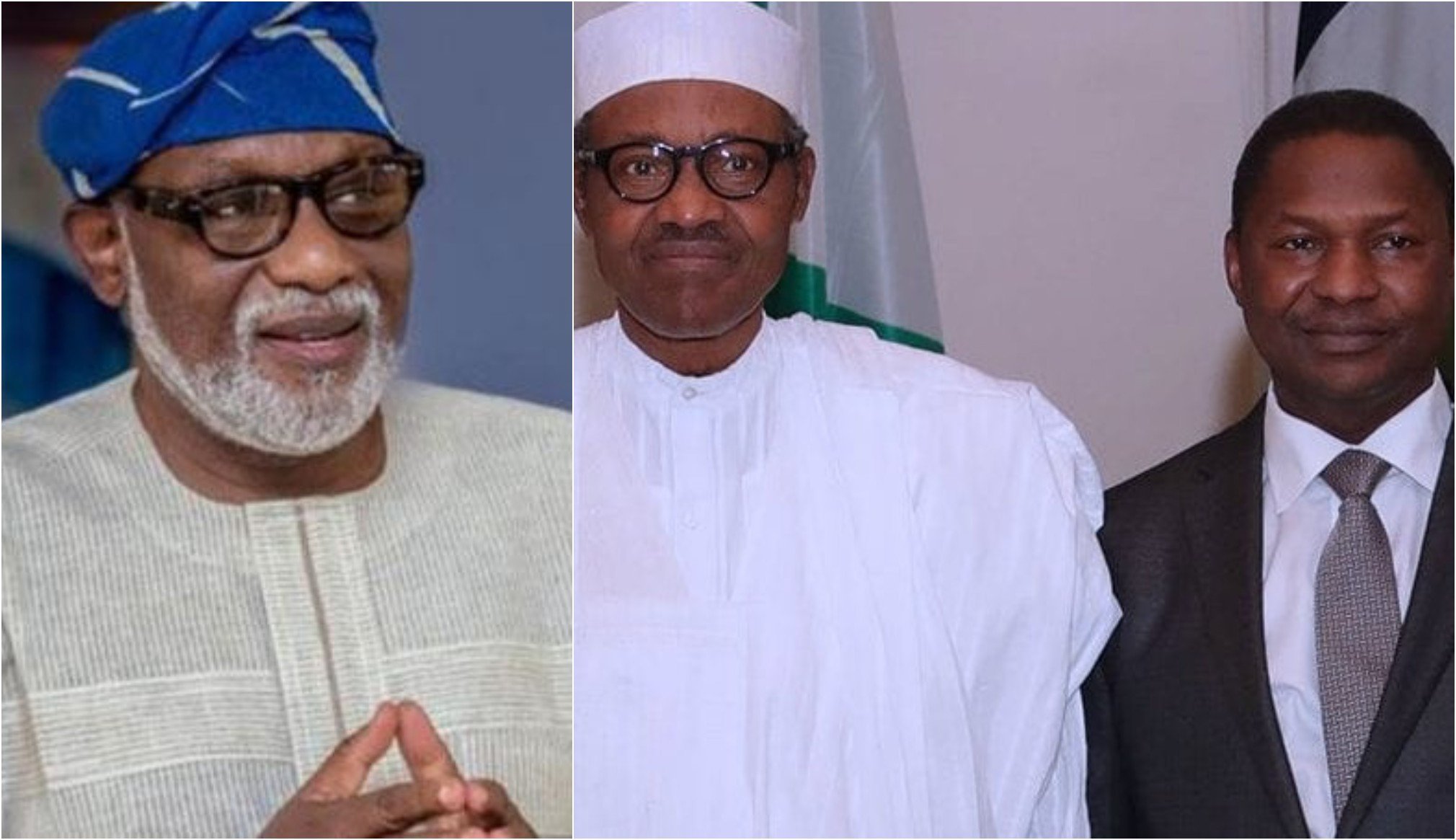 Governor Rotimi Akeredolu has taken a direct shot at the Minister of Justice and Attorney General of the Federarion (AGF) Abubakar Malami over the declaration of Amotekun, a South-West security outfit as illegal.

In an interview on Channels Television, the Ondo state governor stated that laws are not made in the office of the AGF. According to him, the AGF’s job is to interpret the laws and advise the FG on matters relating to the law.

Akeredolu who revealed he and his colleagues are yet to meet to adopt a formal stance on Malami’s statement, said;

“One thing is clear, laws are not made in the office of the Attorney General; he can only interpret the laws and give positions of government on matters relating to the law.

“When he comes out with relevant portions of the law on the matter, we will consider it and respond adequately as the law stipulates.

“We have not met, but I can assure you that when we meet, we will adequately respond to the position of the AGF.”

The post Amotekun: Laws are not made in AGF’s office – Governor Akeredolu replies Malami appeared first on .