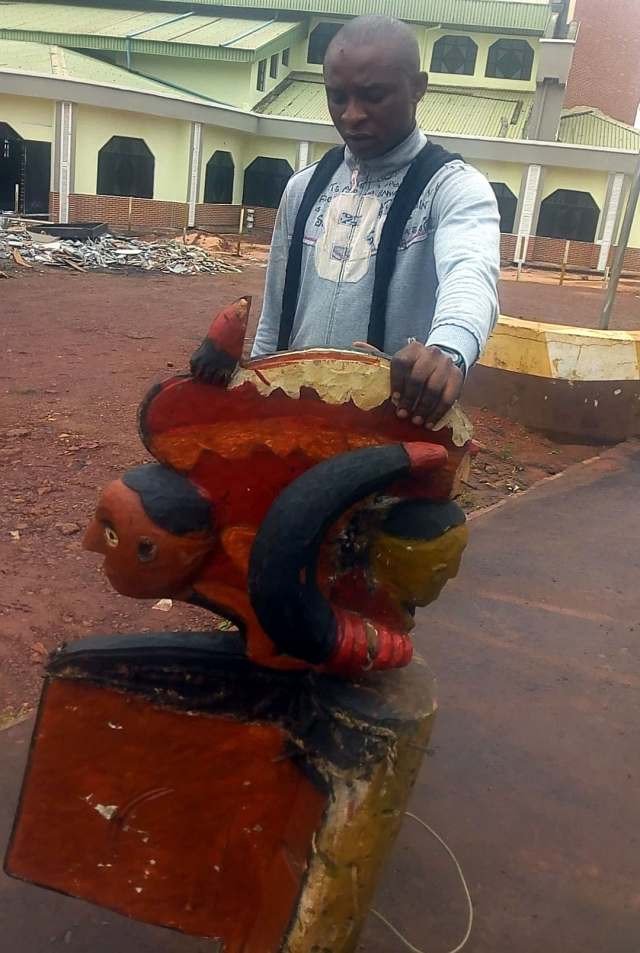 A man identified as Nnajiofor Donatus was taken into police custody in Nsukka Local Government Area of Enugu State last Saturday, after he ‘arrested’ a deity which he claimed had been tormenting his community for a long time and causing his business to fail.

Speaking to Vanguard at St. Theresa’s Catholic Cathedral before Nsukka Urban Police Division took him away for further interrogation, Nnajiofor, who hails from Ibeku Opi community in Nsukka, claimed that a stronger force from above compelled him to remove the deity as it had rendered many members of the community useless, thrown others out of business and tied up many girls of the community from getting married.

According to him, the deity was responsible for the level of poverty and stagnation being experienced in Ibeku Opi, adding that his once thriving honey business in Nnewi, Anambra State, crashed and he returned home empty-handed.

The security officer at the cathedral said that Nnajiofor who exhibited violent tendencies,  threatened to attack anybody that tried to stop him from gaining entrance to Okunere adoration museum at the cathedral to liberate Ibeku Opi community from the deity.

The Administrator of St. Theresa’s Catholic Cathedral, Nsukka, Rev. Fr. Matthew Eze, who confirmed the incident, said that Nnajiofor would have contacted any priest in the cathedral to wade in and carry the deity to the museum of Okunere adoration where other deities are kept, rather than inviting the Police.

YOU MAY ALSO LIKE  Court Orders The Arrest Of Former Super Eagle Star, Jay Jay Okocha?

The post Angry man ‘arrests’ Nsukka deity for making his business fail, claims it tied up many girls from getting married and rendered people useless appeared first on illuminaija.