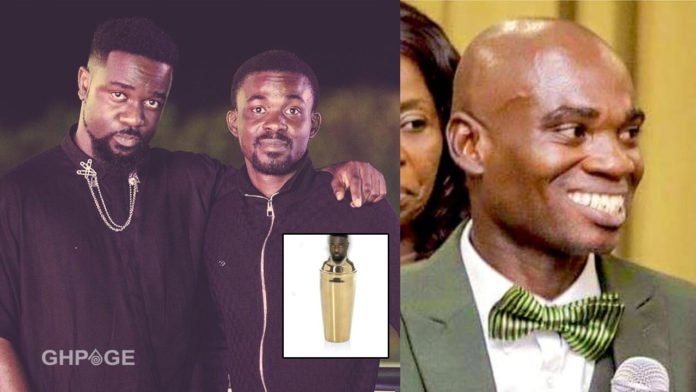 Nana Appiah Mensah is in the news again and this time he is pissed over people comparing him to Dr. UN, the latest confidence trickster in Ghana.

NAM1 took to his Twitter page to rant about people associating him with the viral fake awards given to high profiled personalities in Ghana.

According to Nana Appiah Mensah, such people associating him to Dr. UN is suffering from a worse form of Covid-19 because the awards are not his business in any way.

Nana Appiah Mensah tweeted: How is some fella’s awards whatever my business??? This reflex show of baloney intoxication deficiency is clearly a worse form of Covid-19. Hope y’all find a cure soon???#GetAlife #Godking?? #Torus?.

YOU MAY ALSO LIKE  ITS HAPPENING! Man United Are Beating Chelsea In Race To Sign Sancho From Dortmund 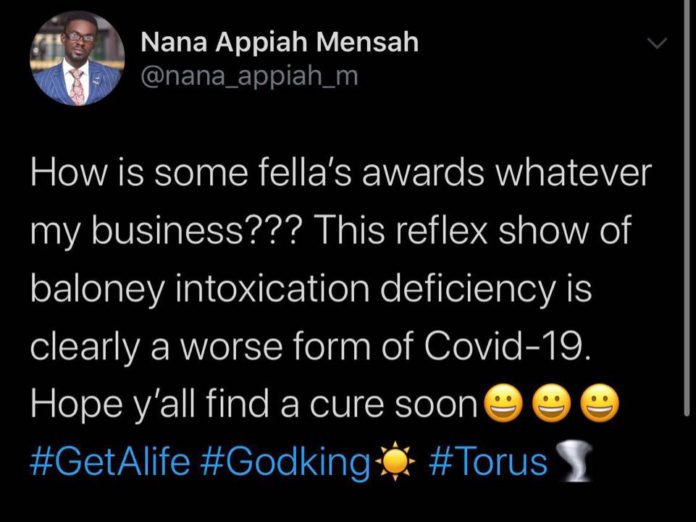 Dr. UN is the brain behind the fake UN leadership awards that have succeeded in duping many sponsors in the name of the UN by organizing fake awards for famous people such as Sarkodie, Berla Mundi, Legon VC, Captain Smart, etc.

The post Angry NAM1 blast critics for comparing him to Dr. UN and his fake awards appeared first on illuminaija.