Few months ago, the skipper was in the news following his intention to divorce his wife which made social media buzzing especially when he requested for a DNA test to be carried on his children.

Information revealed that Asamoah Gyan was doing all that because he was in a relationship with another lady identified as Nina Atala whom according to some people was once the girlfriend of Buju Banton.

Well, former Blackstar player John Paintsil late week laid his mum to rest and had some of his footballer friends arround to support him.

YOU MAY ALSO LIKE  FUTO Students: Croatian Police Threatened To Kill Us, Stole Our N128,000 (Read Details)

But what caught the eyes of mourners was the beautiful lady who came along and was seated by Asamoah Gyan.

In a photo sighted on social media, Asamoah Gyan, John Paintsil and Nina Atala were seen sitting as they posed for the camera together.

See the photo below: 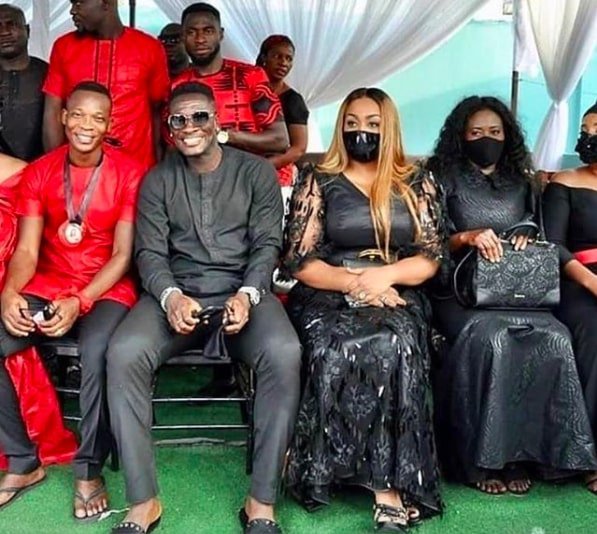 The post Asamoah Gyan stepped out with girlfriend, Nina Atala for the first time after his divorce appeared first on illuminaija.