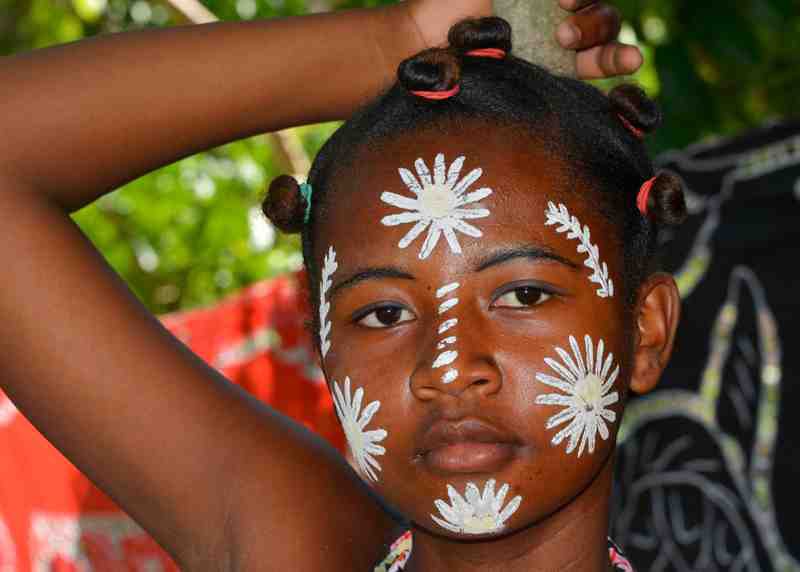 Madagascar is known for its diverse culture and traditions as its people are of different origins, from Southeast Asia to East Africa. Madagascar can be said to be the unique grounds where Africa and Oceania meet. 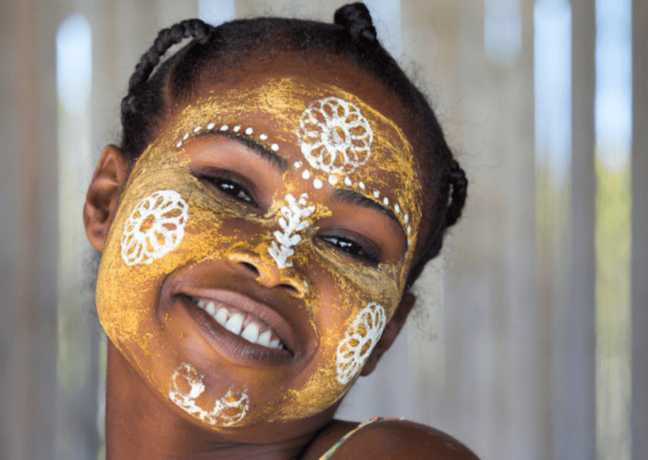 There are over 20 ethnic groups in Madagascar and each region has its own legends, taboos and tales. However, there are some common traditions and customs, many of which are very intriguing and unique.

Most photographed Malagasy women are seen with colourful paintings mostly of flowers on their faces and tourists find this intriguing when in Madagascar. The paintings are no doubt beautiful, but they are not just for aesthetics.

It is a part of a tradition or beauty ritual known as masonjoany, which has been practised for centuries by Malagasy women to protect their skin from the sun. One can call it their natural SPF.

The women also say continuous usage of the paste serves as a mask for their face, which in turn removes blemishes and softens their skin. An additional benefit of the paintings is that it wards off insects like mosquitoes.

YOU MAY ALSO LIKE  Photos And Video Of Chioma Partying With Davido, Mayorkun, Others, 5 Days Before She Tested Positive To Coronavirus 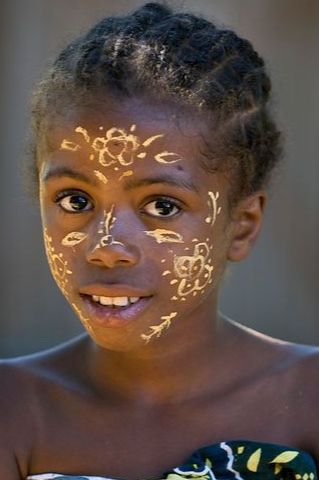 Masonjoany is often associated with the Sakalava people occupying Madagascar’s western coastline. They are also known as ‘people of the long valleys,’ and can largely be recognized by their curly hair and black skin.

However, the women of the Vezo tribe at the southern coastal areas of Madagascar, considered a subset of the Sakalava group, also notably wear face paintings.

The practise is also common in nearby island Comoros and Indian traders are said to have introduced the practice to the people. Although ascribed to Indian traders, the practice has been indoctrinated into Malagasy culture with the use of endemic woods commonly found in Ihosy and Mahajunga regions of the south and northwest.

The paste for the paint is derived from grinding different types of wood that range in colour, from white to gold. The practice of masonjoany is so normalized that the powder is sold in most Malagasy markets and in some cities in the highlands.

The patterns and the areas of the faces painted may vary but the colours are usually the same — white and yellow. The paintings are made into beautiful designs that usually stand out in contrast to their dark skin.

YOU MAY ALSO LIKE  BLACK POWER! See The Incredible Works Of Art Used To Preserve Black History Across Africa

Usually, the powder is mixed with water and used to paint the face, either for activities indoors or as a public mask that can easily be removed by wiping the face with a dry cloth.

The post ATTRACTIVE OR NOT? See Why Women In Madagascar Tribes Paint Their Faces appeared first on illuminaija.