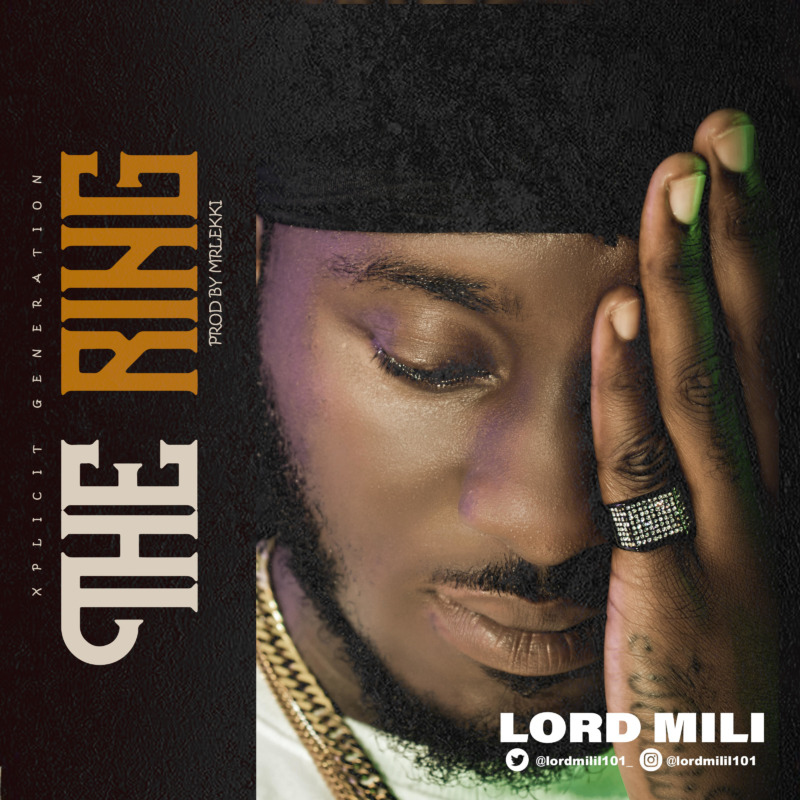 From the Igede tribe of Benue State, Nigeria, Milidime Douglas Obahi popularly known as Lord Mili, is a graduate of B. Sc Physics from the Benue State University without much ado has been on and off the scene for a while but always blesses us with sweet tunes to vibe to whenever he resurfaces.

It was stated that he introduced the Ogene hip hop trend, with reference to the song titled IBU ONYE (2014), contrary to the fact that he isn’t Ibo. With a couple of other songs like ‘Your Body‘ to his credit, he drops a new single titled “THE RING” produced by the legendary Mr. Lekki which is accompanied by a video shot by Black_White_Visualz.

THE RING  is classified as a love song, a wedding song, a club banger, in fact the song is a lot of things, believe me you can propose to a girl with this song.

“The Ring” by Lord Miliprofesses love and affection for a lady and how fast she can be walked down the aisle. Most importantly, only legends will understand what happened in the second verse.

Watch the music video below

‘Before You Give A Pastor Your January Salary, Think About This’ – Daddy Freeze