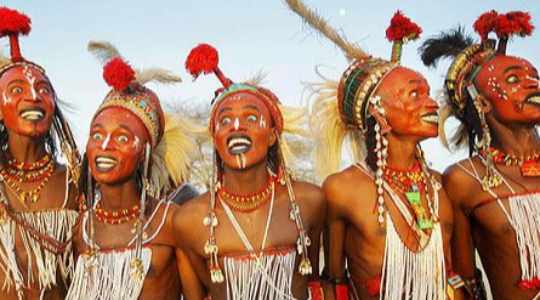 The Banyankole people are settled in the Southwestern part of Uganda. The society is divided into a high-ranked caste (social class) of pastoralists (nomadic herders) and a lower-ranked caste of farmers.

In 1967, the government of Milton Obote, prime minister of Uganda, abolished kingdoms in Uganda, including the Kingdom of Ankole.

This policy was intended to promote individualism and socialism in opposition to traditional social classes. Nevertheless, cattle are still highly valued among the Banyankole, and the Bahima are still held in high regard.

Traditionally, in early childhood, the Banyankola children begin to learn the most important skills.

By seven or eight years of age, boys were taught how to water cattle and calves. Girls helped by carrying and feeding babies. They were also expected to wash milk-pots and churn butter.

In the early times, the Bahima ( the herders) girls begin to prepare for marriage as early as age eight.

The Bahima tribe hold virginity in high esteem. As soon as a Banyankole girl turn eight, she goes through a lot of restrictions to prepare her for marriage.

YOU MAY ALSO LIKE  Ajimobi sues his successor Seyi Makinde, others over revocation of landed property

When other children her age in other cultures are out having fun and playing, a girl in this part of Uganda is mostly kept indoors, where she is fed beef and millet porridge and forced to drink milk in large quantities so that she becomes fat. 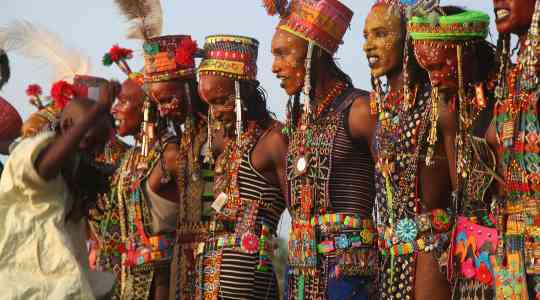 It is the duty of a Banyankole father to find a wife for his son as he pays the bridewealth as well. This consists of some cows, goats and pots of beer, depending on how rich a person is.

Once the bride price is paid, the marriage preparations begin. On the wedding day, there is a lot of feasting at the bride’s home, where the father is expected to slaughter a bull.

At the bridegroom’s home, there is another feast where the marriage is consummated.

The Bayankole tribe have a weird marriage rite carried out by the aunt. The aunt is saddled with the primary responsibility of confirming that the groom is potent and that the bride has defended her virginity before the marriage is consummated.

As a potency test for the groom, the aunt was sometimes required to have s3x with the groom for confirmation of his potency and virility.

She also had to “test” if the bride is still a virgin before they are allowed to consummate their marriage.

In other traditions, the aunt is said to go as far as listening in or watching as the bride and groom have s3x in order to prove the couple’s potency.

The post BANYANKOLE Tribe | Where Aunties Have S3x With The Groom To Confirm If He’s Potent 😱 appeared first on illuminaija.