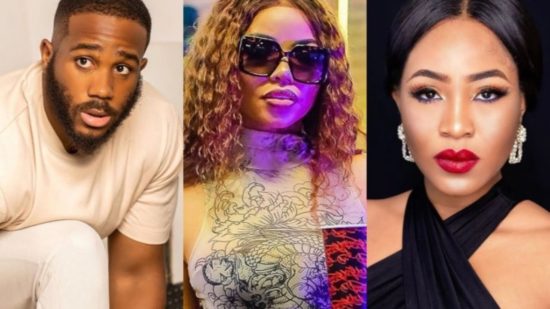 Big Brother Naija, BBNaija housemate, Nengi has spoken about Erica and Kiddwaya’s relationship being fake in the house.

Recall that Erica before her disqualification had a face-off with Nengi and appeared insecure about her closeness with Kiddwaya.

Erica had confronted Nengi after she felt insecure about her closeness to Kiddwaya.

Neo on Sunday after Ozo’s eviction told Nengi that Kiddwaya and Erica’s relationship did not seem real.

But Nengi countered him saying Erica really likes Kiddwaya and confessed to her.

She also added that Erica never saw her as a threat in her relationship with Kiddwaya.

Nengi said: “Erica told me that I was not the problem in their relationship. Her feelings for Kiddwaya was very real.

“Erica told me severally that she likes Kiddwaya, so, that can’t be debated upon.”