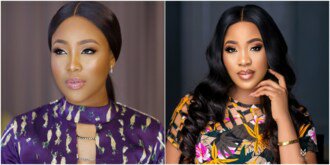 Disqualified housemate Erica Nlewedim has advised people interested in participating in the Big Brother Naija show on what to do when they get into the house.

Erica, who was disqualified after she got a third strike for her angry outbursts toward another housemate Laycon, urged prospective housemates not to copy her.

Erica also told people going for the next BBNaija show not to be emotional like her. According to her, playing the emotional card may spoil their game.

YOU MAY ALSO LIKE  BREAKING!!! President Buhari Makes New Appointment

The post BBNaija: Erica says those interested in show should see psychiatrists before auditioning appeared first on .