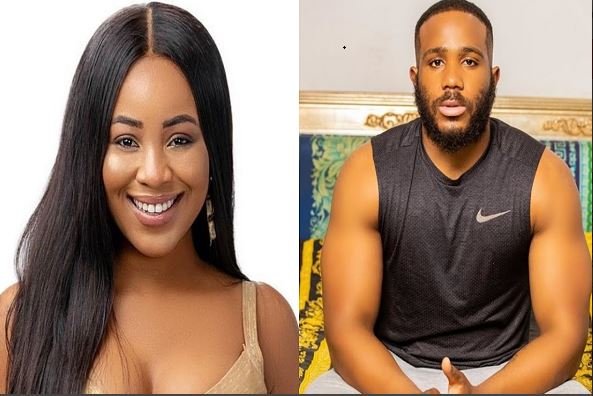 Erica, a Big Brother Naija Lockdown housemate, has given reasons for breaking up with her lover, Kiddwaya.

Erica and Kiddwaya, who were seen by housemates and viewers of the reality show as having the strongest relationship in the Lockdown house, announced the end of their love chapter on Friday,

Erica had complained that Kiddwaya, the billionaire’s son, had no respect or regard for her.

Now, other housemates such as Neo and Brighto tried to make peace between the ex-lovers and asked Erica to tell her side of the story.

“All he talks about is ‘I want to kiss you…kiss your neck…have sex with you. I’m bored.

“…Okay, he actually feels he can do anything he wants. I don’t have to accept it. I have accepted a lot of rubbish things from him. I know what I deserve. I’m bored with all the sex talks.”