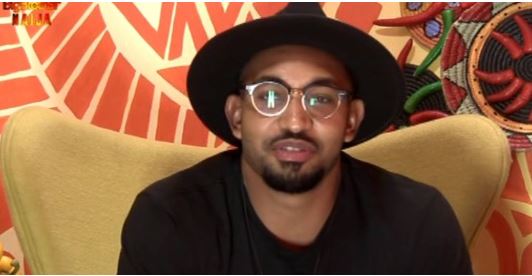 A video of evicted BBNaija housemate, Jeff saying Tacha is an empty barrel has been making the rounds on social media.

Jeff, who was apparently invited to a talk show was spotted with a fellow evicted housemate, Tuoyo, and popular Nigerian TV presenter, Shade Ladipo amongst others.

The conversation which was centered on their experiences in the house eventually veered towards Tacha and Ebuka. 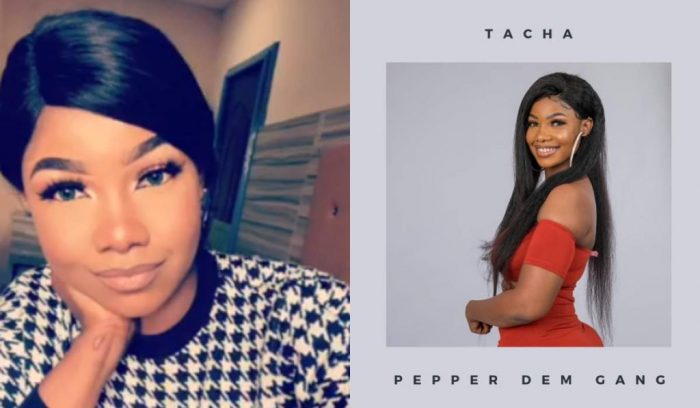 Recall that during one of the live eviction shows, the host, Ebuka asked her to define the meaning of characteristics and unfortunately, she couldn’t.

Ebuka expressed disappointment at the reply he got and he made his feelings known by telling Tacha that she did not give a smart answer like he expected.

Nigerians started bashing Tacha and even her fellow housemates joined in poking fun at her but that was all forgotten and left in the past.

In the new video seen, Jeff stated that Ebuka was a grown man and it was difficult for grown men to understand empty barrels. He went on to add that he wonders how Seyi, Tacha’s closest friend in the house does it.

Check out the video below:-

YOU MAY ALSO LIKE  BBNAIJA:- Frodd, Esther’S Relationship Becomes The Topic Of Mercy, Diane’s Gossip

Check out some comments gathered below:- 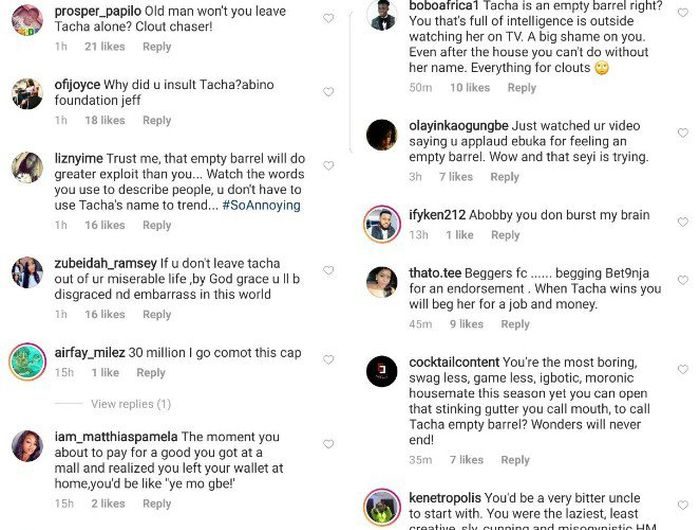 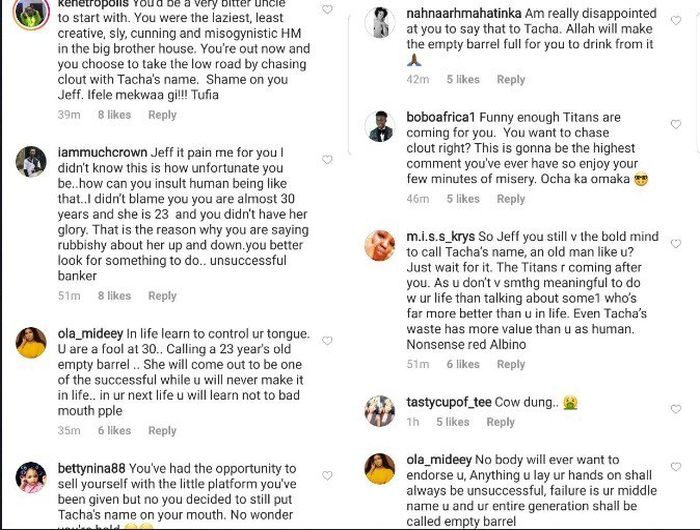