Exactly 24 hours after getting evicted from the Big Brother Naija house, Gedoni has denied having sex with Khafi which were inferences drawn from their cozy videos shared online.

According to the evicted housemate, he was quite surprised when he read that Khafi might be fired from her job as a MET Police officer for having sex on the reality show.

Gedoni further disclosed that his love interest has been celibate for 8 years and claims of them having sex while he was still in the house is a price to pay for fame.

Read his tweets below; 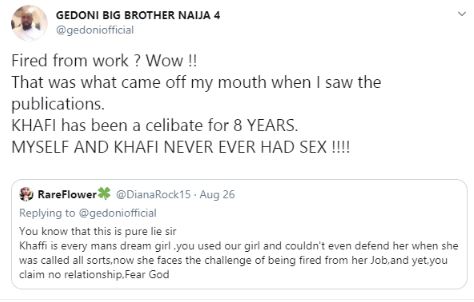 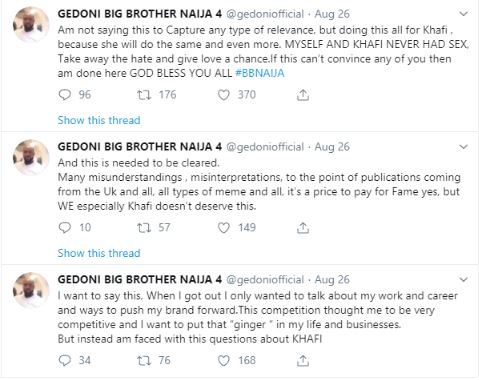