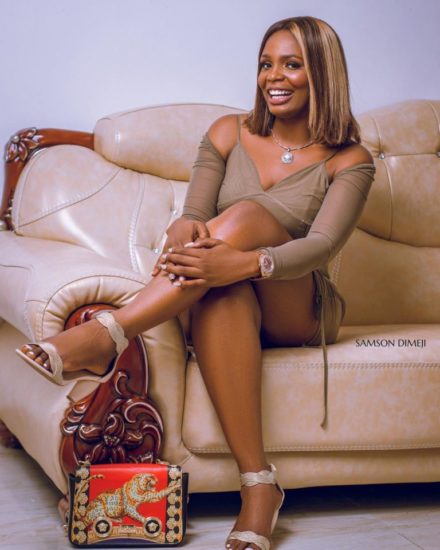 BBNaija star, Aisha Umaru who is popularly known as Kaisha reveals plans on getting married this year, 2021.

The 25-year-old entrepreneur made this revelation on her Instastory with a picture of Mike Edwards, his wife and their baby.

She posted the 4th edition ‘pepper dem’ BBNaija housemate, Mike’s photos where he and his wife and their baby were having a nice time and captioned it, ‘2021 goals’.

In the pictures, CEO of Aireeys wrote ‘how it started and how it’s going’ to caption how beautiful his love life and marriage has been going on smoothly with his wife which has now birth a baby for them.