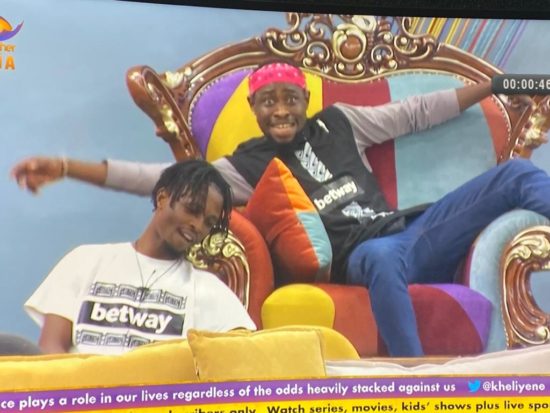 BBNaija housemate, Timmy Sinclair aka Tricky Tee has won the head of house challenge after the tie-breaking game. He picked fellow housemate, Laycon as his deputy.

The 35-year-old who hails from Bayelsa state, will now enjoy the pleasures of HOH lounge. He will also be exempted from next Sunday’s eviction.

So far in the BBNaija show, Trickytee has survived over four eviction nights due to his cool demeanour.

“I did not even think to pick any female because if they win they would not pick me as deputy. I prayed and God revealed your name Laycon” he said.

The post BBNaija Trickytee reveals why he picked Laycon as his deputy after he emerged HOH appeared first on .