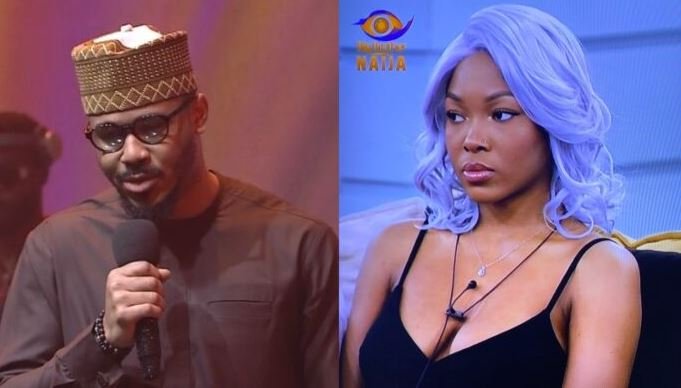 Big Brother Naija housemate, Vee has said that evicted housemate Ozo is an agent of devil for nominating her for eviction from the TV show.

She made this known during a discussion with her love interest, Neo, days after Ozo was evicted from the BBNaija house.

“I can’t believe that Ozo wanted me to go but I’m still here, agent of evil,” she said.

A few days ago, Vee revealed that she was never in a relationship with Neo and that if he should ask her out she would turn him down.

Surprised by her statement, fellow housemate, Nengi, asked, “so you people are not in a relationship”.

Vee responded stating that they never dated because her supposed lover never asked her out.

“Upon all the times I said if you wanna ask me, ask me, he didn’t ask me, now time run out”

Nengi again asked if Vee is interested in dating Neo.

YOU MAY ALSO LIKE  Two Ladies Exchange Heavy Blows Over A Man In Ojo, Lagos (Watch The Fight)

The post BBNaija: Why Vee Called Ozo An Agent Of The Devil appeared first on illuminaija.