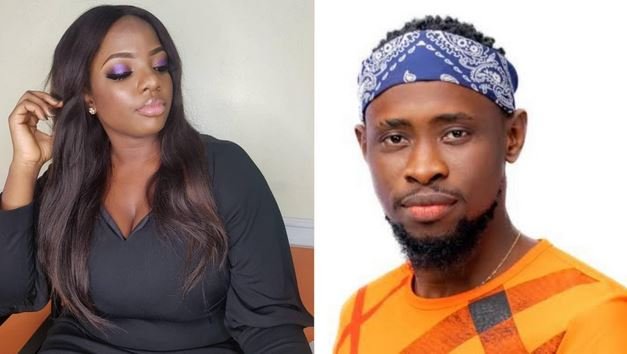 Trikytee, a Big Brother Naija, BBNaija housemate, on Thursday night got into an argument with Dorathy.

It all started after Trikytee disagreed with Dorathy over their Indomie task which had Neo emerge as the winner.

The housemates are to share four million Naira as consolidation prize, with Neo having the biggest share.

However, Dorathy who was not happy about the outcome of the task, complained that Neo failed to feed her the toppings of the meal during the Indomie ‘Guess the recipe’ Task.

As she voiced her displeasure in the room, Trikytee called Dorathy a sore loser and expressed disappointment at her.

Trikytee said: “Everyone still got money so why are you angry, if anyone is angry they should try cooking and see if they would make that amount of money easily.

Dorathy didn’t take this kindly as she confronted Trikytee and cautioned him not to insult her again.

“You know I didn’t come here insulting you so you don’t have the right to call me a sore loser. Respect yourself,” Dorathy added.