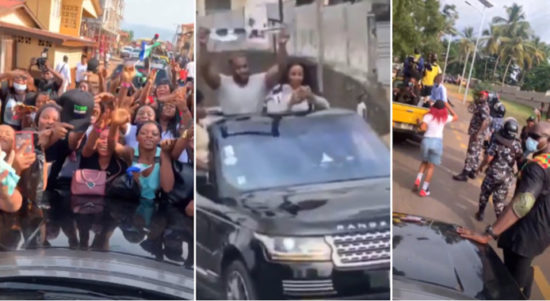 Former Big Brother Naija (BBNaija) housemates Kiddwaya and Erica are going to be spending the next couple of days in Sierra Leone.

The reality stars were given a royal welcome by fans who were excited to have them in the country.

The post BBNaija’s Kiddwaya and Erica welcomed like king and queen as they touch down in Sierra Leone (videos) appeared first on .