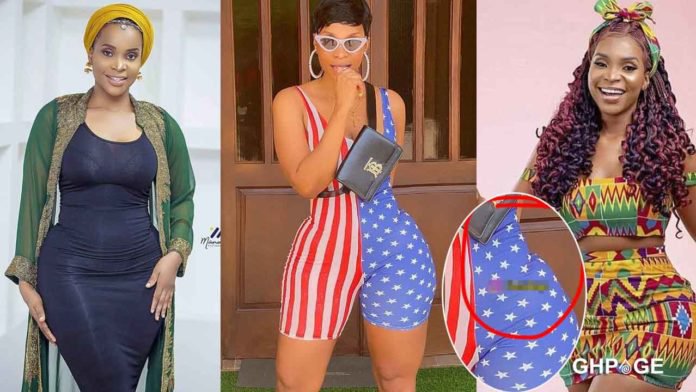 Kumawood actress and presenter Benedicta Gafah has once again fallen on the bad radar of netizens as she has faced heavy troll after her hip pad shifted in a new photo posted on social media.

The actress wore a tacky beautiful American-Flag dress as she posed for the camera. Unfortunately for Gafah, her hip pad shifted and it climbed up to her waist.

The TV3 Music Music Presenter Benedicta Gafah has earlier sparked claims that she’s possibly gone under the knife for a fine body. 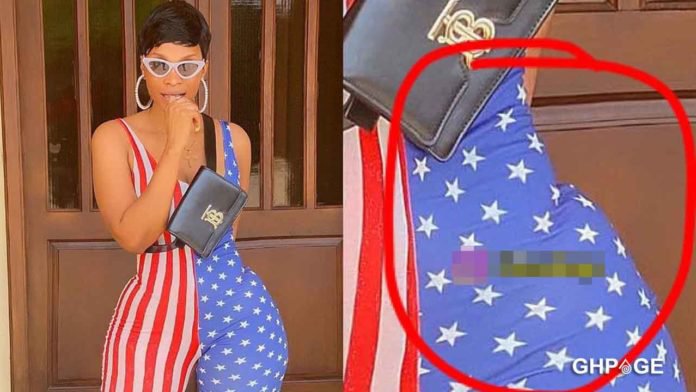 Social media users after sighting the pictures has reacted, heavily trolling the actress. Check below some few comments;

YOU MAY ALSO LIKE  Nigerians applaud Naomi Campbell over her open letter to Burna Boy, Angelina Kidjo and Grammy organizers

nana_ntiriwaa: “Is the pant please ?”

_naa_akushia: “It could be her pantie? It happens sometimes”

adjo.vi_: “And look where the door mat is closer to her knee area. Camera 360 is really working for this lady”

suzel104: “It happens especially when you wear tight pant nd the way she ve position her self too course that”

king_loulau: “Its a Tong body shaper not pads. The body shaper is too small although it seems she edited her ass to look bigger. If u zoom in that side is blur. Charley beauty is not easy ??? anything for the gram”