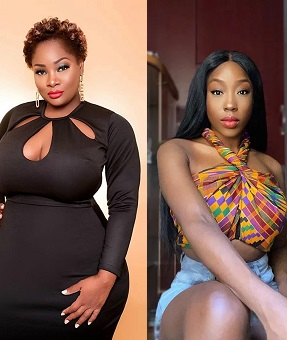 Actress Beverly Naya and media personality Toolz have shared their view about the fanaticism and toxicity surrounding the Big Brother Naija reality show.

Beverly in her tweet, noted that she watched Big Brother UK for years before moving to Nigeria. She however stated that the fanaticism surrounding the reality show in Nigeria makes no sense and quite different from how people watch it in other parts of the world.

I watched Big Brother UK for years before moving to Nigeria. How people watch it here just isn’t a thing anywhere else. The fanaticism makes no sense, for people you’ve watched on tv for just 5 weeks? Unbelievable! I’m not involved!

YOU MAY ALSO LIKE  MAGU VS MALAMI!! I Stand With Magu, He’s Not One Of Them (Read Shocking Details About EFCC)

Toolz on her own part stated that the toxicity that comes off the show is scary.

See!!! I don’t understand the toxicity. Like who you like, support them during and after the show, but no need for fanaticism. Its scary. All this for someone you may never meet. I love Beyonce die, but I’m not dragging anyone to hell and back cos they don’t like her.

The post Beverly Naya and Toolz react to the fanaticism and toxicity of BBNaija fans appeared first on .