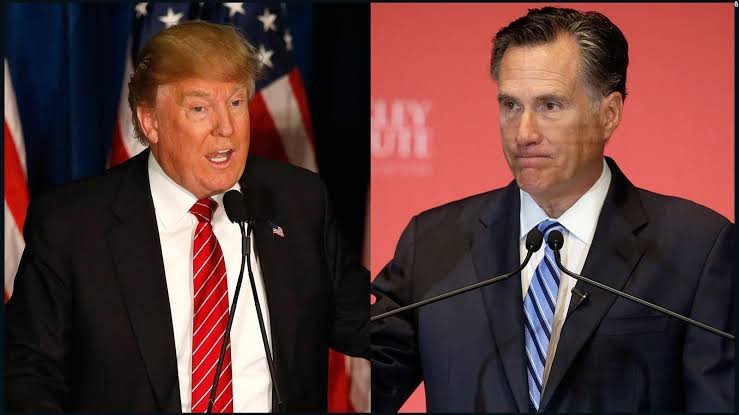 GOP Senator, Mitt Romney of Utah, the only Republican senator who voted in favor of Trump’s impeachment last year, has revealed he will join his party colleagues in the senate to vote in a Supreme Court nominee during the current election year, an announcement that all but ensures a nominee put forward by President Donald Trump will be confirmed.

Trump announced on Monday that he will replace late Justice Ruth Ginsburg with a nominee of his choice prompting House Speaker Nancy Pelosi to suggest she could begin impeachment proceedings against Trump for the second time in order to delay a Supreme court Justice confirmation till after the November Presidential elections.

If Trump succeeds in appointing a replacement to the seat vacated by Ginsburg he will be the first president to appoint three Supreme court justices during his time and the Court will have a conservative majority for decades to come.

The high-stakes election year battle over the addition of a new justice to the Supreme Court will also aid the Republican party’s ongoing fight for control of Congress and the White House.

Reports on Tuesday September 22, indicate that Senate Republicans are now laying the groundwork for a quick confirmation process and vote, including planning confirmation hearings for October.

“The historical precedent of election year nominations is that the Senate generally does not confirm an opposing party’s nominee but does confirm a nominee of its own. The Constitution gives the President the power to nominate and the Senate the authority to provide advice and consent on Supreme Court nominees,” Mitt Romney said in a statement on Tuesday, a big blow for Democrats who expected him to oppose Trump.

“Accordingly, I intend to follow the Constitution and precedent in considering the President’s nominee. If the nominee reaches the Senate floor, I intend to vote based upon their qualifications.”

The Supreme Court confirmation, which will happen weeks before the election  would amount to one of the quickest proceedings in modern times. And it comes amid criticism of the Senate Republicans’ refusal to move on then US President Barack Obama’s nomination of Merrick Garland to a seat in 2016 when they said his choice eight months before November -was too close to the elections.

Senate Majority Whip John Thune told CNN on Tuesday, “I think it would be a good idea to move forward.” He said the timing is not nailed down yet and Republican senators will discuss it at lunch Tuesday.

YOU MAY ALSO LIKE  I hereby withdraw the word “stupid” that I used on journalist, I regret it – FFK

“Moving ahead with a vote on the forthcoming Supreme Court nomination will be consistent with both history and precedent,”

“Yeah, trying to keep the process like we had before,” said Graham, a South Carolina Republican, when asked if the committee will hold three days of hearings.

The post Big blow to Democrats as anti-Trump Senator Mitt Romney, reveals he will vote in favour of Trump appointed Supreme court nominee before election appeared first on illuminaija.