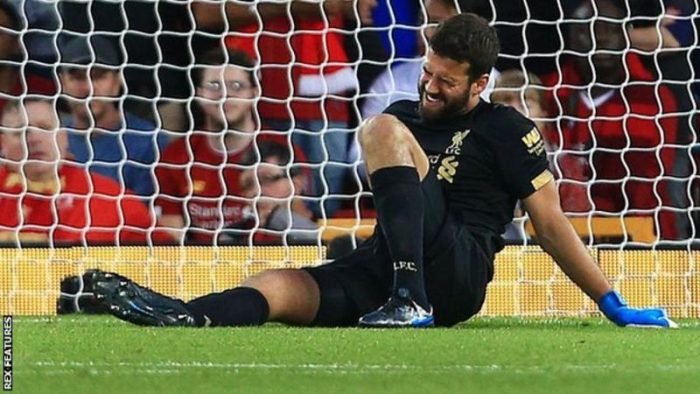 The Brazilian suffered the problem as he took a goal-kick towards the end of the first half, and will now miss next week’s Super Cup match against Chelsea in Istanbul.

“He will not be ready for Wednesday.”

Alisson was a key figure for the Reds in his debut season, helping them win the Champions League and take the Premier League runners-up spot.

YOU MAY ALSO LIKE  DISGRACE!! Ian Wright Blast Koscielny After Transfer For Bordeaux

The 26-year-old former Roma player was replaced by new signing Adrian, a free agent in the summer after he was released by West Ham.

The Spaniard made a great save from Moritz Leitner but conceded a goal in the 64th minute when Temmu Pukki fired in for Norwich.