Daughter to Nigerian billioniare, Femi Otedola, DJ Cuppy has simply stated the reason why she does not eat meat or fish.

In the video she shared, DJ Cuppy is seen in the bathtub of her home eating jollof rice while she was shooting a video of a song on her soon to be released album.

Meanwhile, on the jollof she was eating a fan drew her attention to the fact that there was neither a meat nor fish on it and she had a response for that.

The user with the ID @chris_akpa simply commented:

”No chicken no meat why?”

Well, for those who don’t know, vegans stay away from eating animal products. 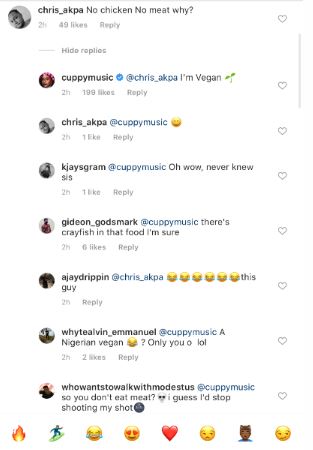