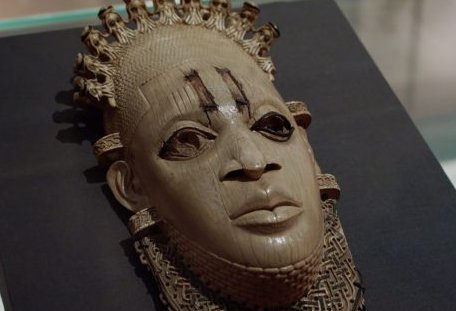 Africans are undoubtedly some of the most artistically blessed people on earth. Since time immemorial, the black race has been known for iconic structures and set pieces that tell its story.

Sadly, many of these pieces were stolen or illegally confiscated by the white men during the course of white colonialism in Africa or military conquest. However, the truth remains that these works of art would forever tell the story of the black race.

Here are eight of the most popular works of art preserving African history.

1. The Bronze Head from Ife 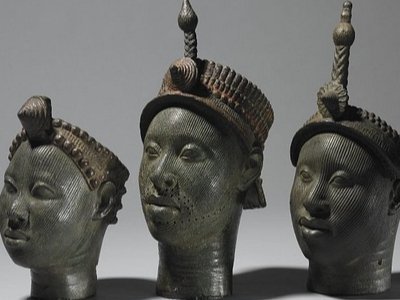 The Bronze Head from Ife, or Ife Head, is one of eighteen copper alloy sculptures that were unearthed in 1938 at Ife in Nigeria, the religious and former royal centre of the Yoruba people. It is believed to represent a king.

The Benin ivory mask is a miniature sculptural portrait in ivory of the powerful Queen Mother Idia of the 16th century Benin Empire, taking the form of an African traditional mask. 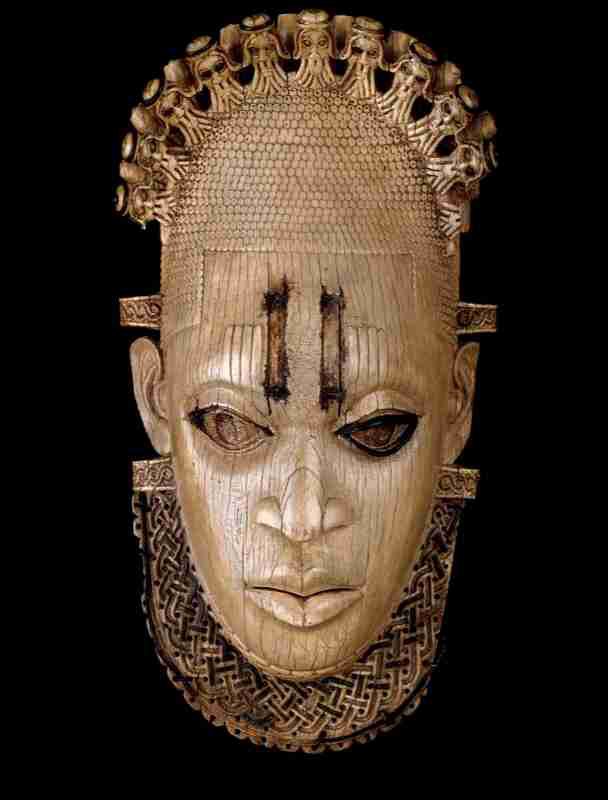 Akan gold weights are weights made of brass used as a measuring system by the Akan people of West Africa (historians suspects its location is Ghana), particularly for weighing gold dust which was the currency until replaced by paper money and coins. Used to weigh gold and merchandise, at first glance the gold weights look like miniature models of everyday objects. 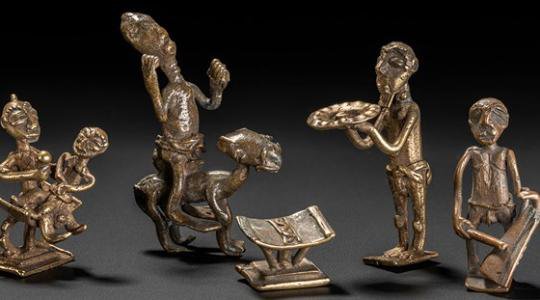 Eerily life-like and frightening, the grey horned trio known as the Butcher Boys is a renowned piece of art in South Africa by artist Jane Alexander. The life-size humanoid figures perch on a wooden bench as if they were patrons who are sitting down to rest. They symbolize the racial discrimination and violence committed during apartheid South Africa. 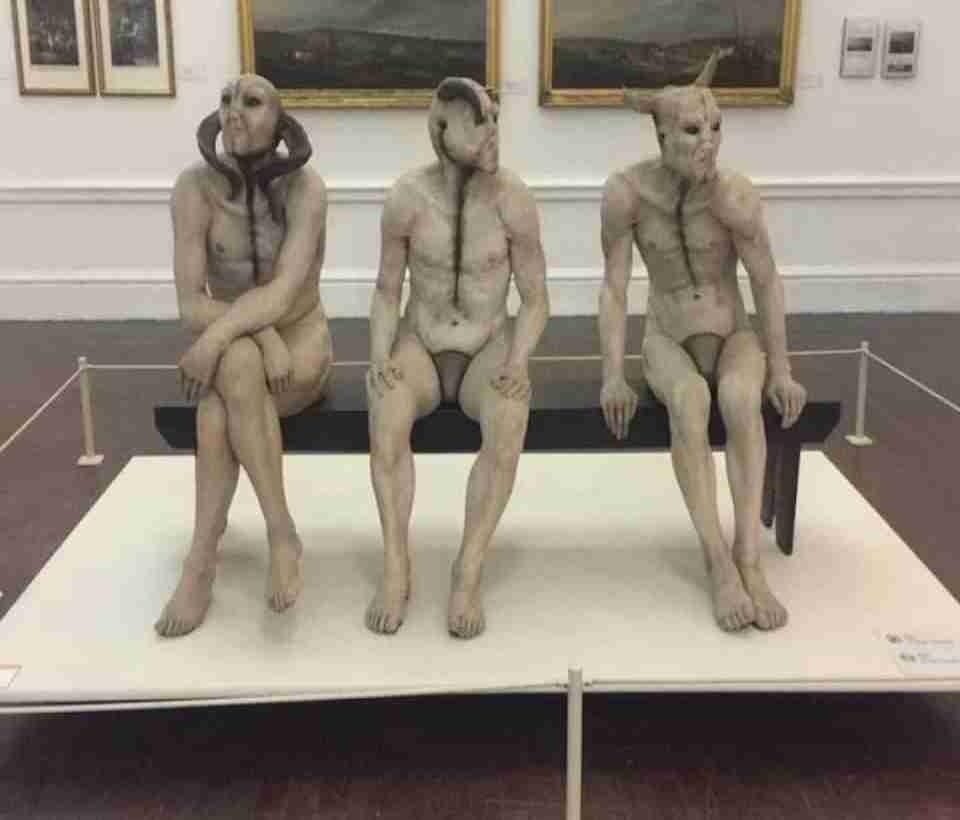 The Abu Simbel temples are two massive rock temples at Abu Simbel, a village in Aswan Governorate, Upper Egypt, near the border with Sudan. They are situated on the western bank of Lake Nasser, about 230 km southwest of Aswan. 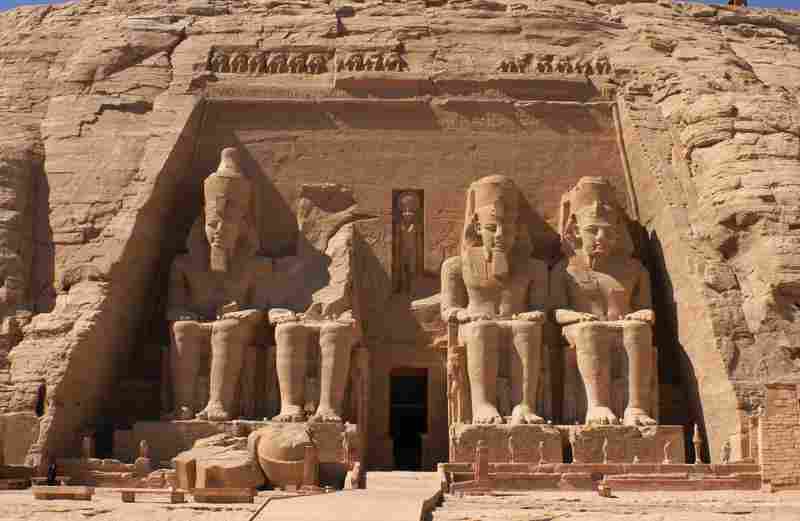 The Fang people, known for their wooden reliquary figures, settled in the equatorial forests by the 19th century, and comprise Gabon’s largest ethnic group today. 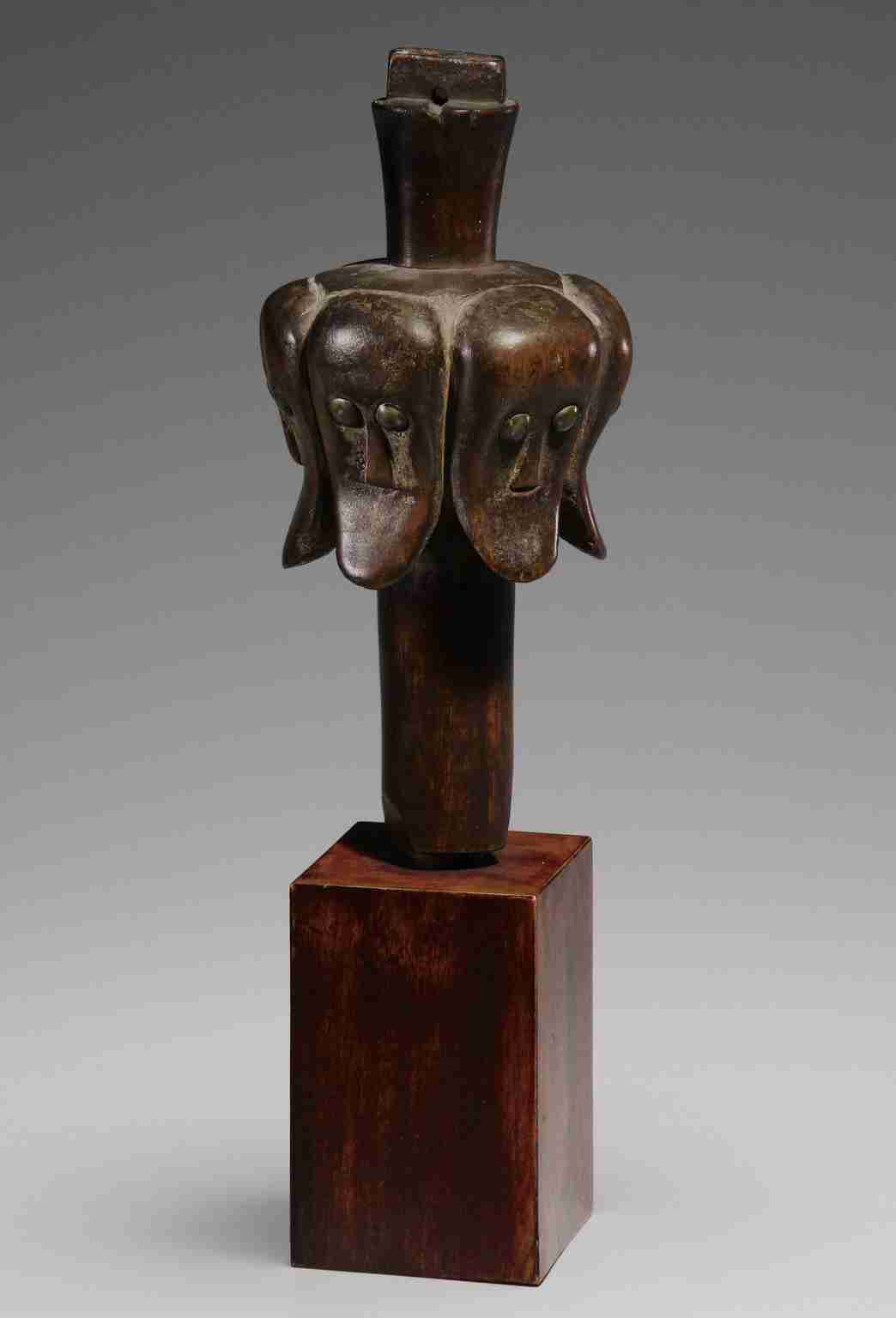 The artwork is Fang staff is an applied copper sheet and pins, while the finial with three masks above four seated figures and an iron spike tip. Research does not show the reason behind the art although it dates back to the late 18th and early 19th century.

YOU MAY ALSO LIKE  BBNaija: Wathoni speaks on pursuing a relationship with BrightO outside the house

This sculpture originates from Nothern Nigeria and dates as far back as 500BC – AD500.  In 1943, tin mining in the vicinity of the village of Nok near the Jos Plateau region of Nigeria brought to light a terracotta head, evidence of the oldest known figurative sculpture south of the Sahara. 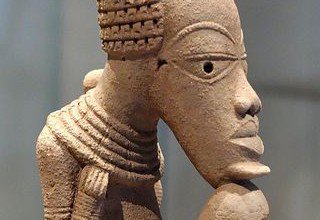 Historians and archaeologists claim that these rock paintings pre-historic. Most of them are found in caves in Tanzania and Niger.