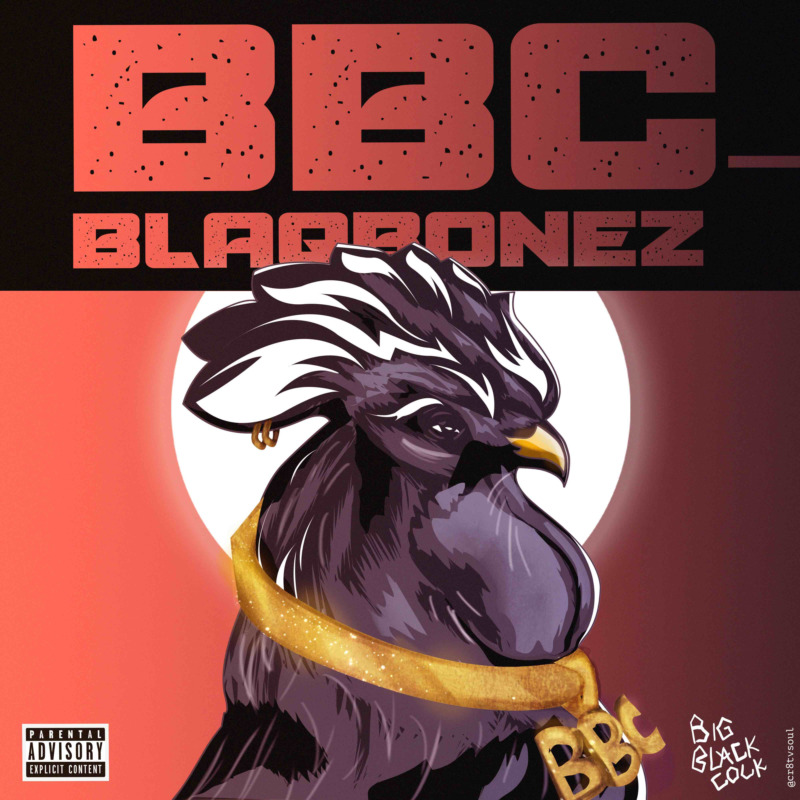 BLAQBONEZ TAPS INTO HIS FREAKY SIDE FOR SEXY NEW SINGLE, “BBC”.

Blaqbonez is tapping into his freaky side with the release of a new innuendo-filled single, “BBC”. The single, produced by Spax (Producer of Oxlade’s Away), is the Chocolate City rapper’s second single of the year following his fan favourite, “Haba”, a follow up to his buzzing ‘Big Brother’ freestyle.

“BBC” is a love-soaked Caribbean-influenced number, on which Blaq drops verses about steamy trysts. It is Blaq at his cheeky and provocative best; expertly toeing the line between risqué and sexy.

In the weeks leading up to the release, Blaq kept the innuendos going with the purchase of a new pet: a black cock named ‘Bisi’ which he paraded on his Instagram

If you could funnel Blaqbonez’s personality into a song, ‘BBC’ could very well be it, as it encapsulates a lot of the different facets that make him unique. With its tongue-in-cheek title and lyrics, the track toes the line between risqué and sexy; never fully leaning into the former but leaving room for the listener’s imagination. This then allows for a range of creative marketing that is suggestive (not crude) and leverages on its sexual undertones.

‘BBC’ is steeped in Caribbean influence evinced by Its familiar drum pattern and Blaq’s ‘Shaggy-like’ cadence. Its tempo and content moreover, fit ‘today’s sound’ – with the prevalence of slower paced love records on the charts. An easy-to-sing chorus and elementary lyrics give it immediate hit potential.