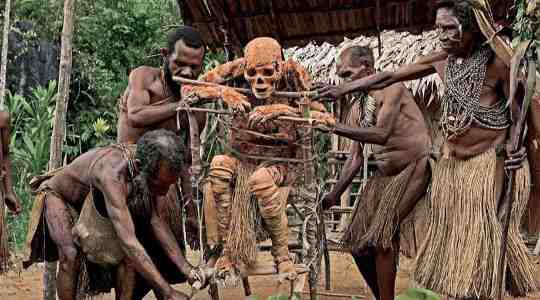 Many people think cannibalism is now a thing of the past as most of the world now seems advanced with the advent of technology and modern-day infrastructure.

However, this is not totally true as there are still some places around the world where human flesh remains a delicacy. These places are home to some of the most isolated tribes.

The tribes exist in some of the remotest corners of the world and can be seen living as they have done for thousands of years. Here are four of them.

The Aghori monks of India use herbal drugs, alcohol, and meditation as well as human flesh in their rituals. 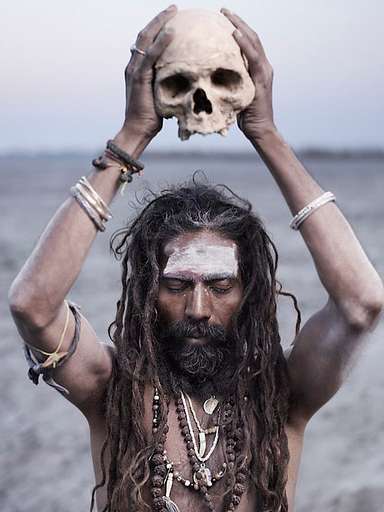 The group reportedly obtain corpses from the Ganges River, downstream from where they are set afloat by relatives unable to afford a cremation or burial.

The Asmat people are native to New Guinea Island and are thought to have traditionally hunted their enemies and used their skulls in cooking. 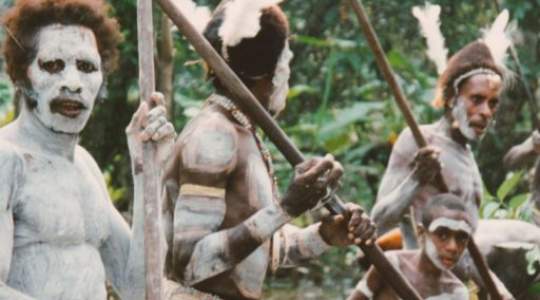 Journalist Carl Hoffman wrote of the group: “They shook the brains out onto the leaf of a palm, scraped inside the skull with a knife to get every last bite, then mixed the mass with sago, wrapped the leaf up, and roasted it on the fire. This food was special.”

The group is thought to have been responsible for the 1961 death of Michael Rockefeller, a member of the Rockefeller dynasty and fifth son of future vice president Nelson Rockefeller.

YOU MAY ALSO LIKE  TEAM NEWS! Jubilation As Pogba Returns For Man United Ahead Of Big Match On Wednesday

Rockefeller was on an expedition in the New Guinea region when the boat in which he was travelling capsized. He left a companion drifting with the boat and swam 10 miles to shore, but is thought to have been killed by the Asmat after he arrived. 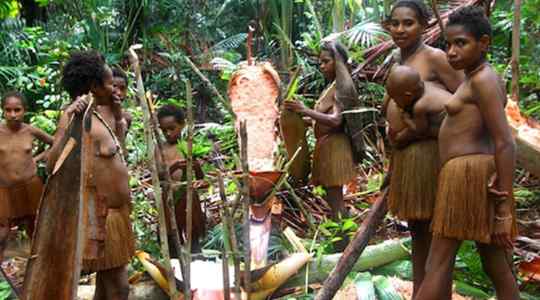 The Korowai are a tribe that live in West Papau in the western half of New Guinea Island. They live mostly in dense areas of rainforest and remain isolated from much of the modern world.

Italian photojournalist Gianlunca Chiodini said of several days he spent with the group: “I really wanted to visit one of the most genuine and remote tribes in the world.

“The Korowai live in the heart of the rainforest, where they’re not yet exposed to the modern world, so they still maintain many of their age-old traditions.” 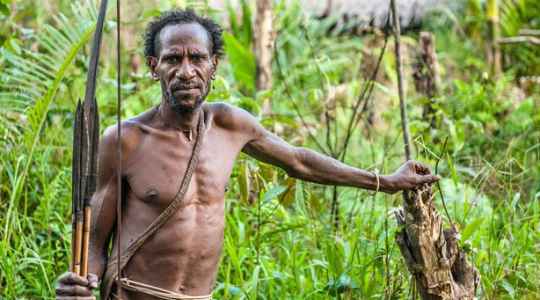 The group reportedly continue to practice witchcraft and to eat human flesh, though has been speculation that members have encouraged the stories to promote interest from the outside world.

YOU MAY ALSO LIKE  Olamide Does The Unbelievable, Shaves Off Dreads To Celebrate Valentine’s Day

The Sentinelese are a tribe that live on North Sentinel, an island off the eastern coast of India, and are among the last truly uncontacted people in the world.

They speak a unique language and have had very limited contact with the outside world. They have been described as a Stone Age tribe, and are believed to have lived on the island in isolation for up to 60,000 years. 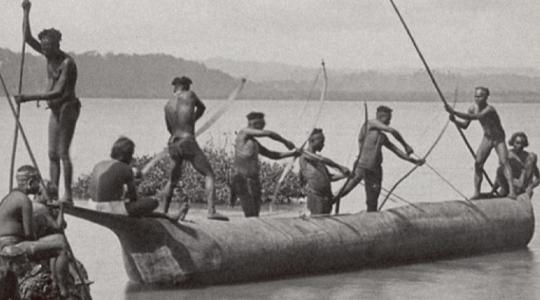 In 2018, the group killed US missionary, John Allen Chau, with bows and arrows after he landed on the island as part of an attempt to convert its inhabitants to Christianity.

The post BLOODTHIRSTY! See The World’s Last Cannibal Tribes That Still Eat Human Flesh And Use Corpses For Rituals appeared first on illuminaija.