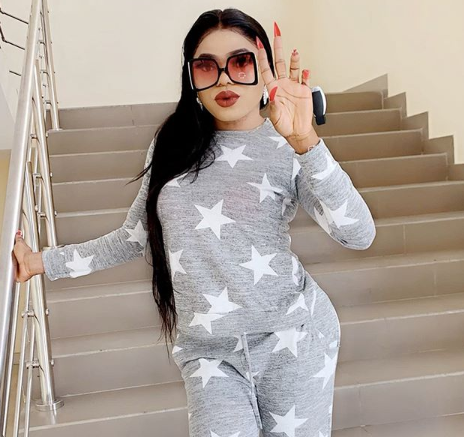 Bobrisky posted a new video of his mum on
Snapchat, according to what he wrote in the caption of the post.

In January 2019, Nigerian self acclaimed “drag queen” and cross dresser, Bobrisky was reported to have lied with claims that his mum is dead.

In one of the post Bobrisky posted on Instagram he siclosed that his mum is dead, which apparently, was discovered to be a LIE! with the truth uncovered.

Well, today, in a post he shared on Snapchat, Bobrisky posted a video of a woman that he claimed to be his mum. The woman can be seen dancing as Bobrisky recorded the video which he captioned; “My mum”.

YOU MAY ALSO LIKE  247Aproko: Nigerian trader killed in South Africa