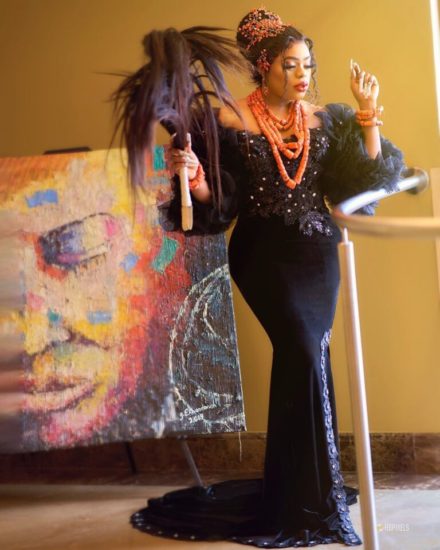 The party was held at an undisclosed location, a year after his birthday party in Lekki area of Lagos state was disrupted by police officers deployed by Director General of the Nigerian Council of Arts and Culture, Otunba Olusegun Runsewe.

Here are videos which captured the money rain at the birthday party;

It wasn’t me, I was hacked -Guy wanted to ‘chop’ DJ Switch speaks