Ghanaian musician Busom Pyung has criticized the organizers of the 3music awards for rejecting his nomination in this year’s edition of the award show.

The Attaa Adwoa hitmaker is is left disappointed and questioning why he was snub for not even a single nomination in the various categories of the awards.

The Attaa Adwoa man insists at least he deserves a nomination considering the works he did under the the year of review.

Making his point on twtiter, the disappointed musician seemed to suggest the organizers chose their favourite musicians instead of picking musicians on merit which has left out deserving musicians like him.

‘I am highly disappointed in the 3music award scheme for the rejection and denying of my nominations in a lot of the categories without any tangible reason. Boy works hard, reward people for their hard work not because you got favorites. Sad” He wrote on twitter. 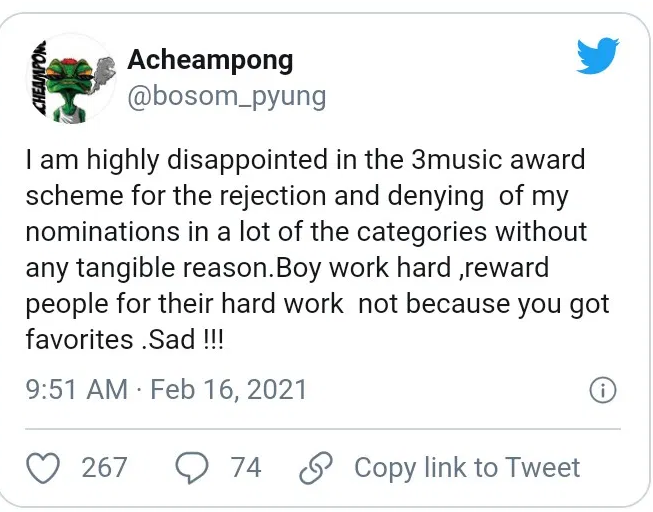 The post Bosum Pyung shows his disappointment over 3music awards for rejecting his nomination appeared first on illuminaija.