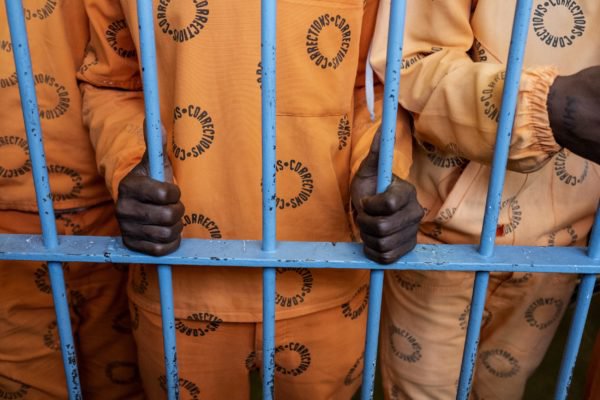 Court has sentenced a 26-year-old man to 25 years in prison for murder and assault of his girlfriend.

Elvis Malebo from Hartswater pleaded guilty to the two charges against him in June this year.

He was sentenced in the Northern Cape High Court on Thursday.

Malebo was guilty of the murder of 27-year-old Evelyn Mocumi.

He was sentenced to 25 years in jail for murder and 12 months for assault on a male.

The sentences will run concurrently.

According to the police, the incident happened after Malebo found Mocumi in her shack with another man.

Police spokesperson Capt Sergio Kock said: “The incident happened on June 14 2020 when the accused found Mocumi with a 33-year-old male in her shanty, at the Asgat informal settlement in Hartswater.”

YOU MAY ALSO LIKE  AFCON 2019: FG Releases Funds For Supper Eagles

“Malebo went to his house to fetch weapons and threatened the male with a panga. The male fled the scene and the accused murdered the female.”

“He bludgeoned her to death with a panga and stabbed her 34 times with a knife …” said Capt Kock.

He was arrested by the police shortly after the incident and was no granted bail.

Mnguni also added that the sentence would be a warning to perpetrators of gender-based violence.

The post Boyfriend guilty of beating and stabbing girlfriend 34 times gets sentenced appeared first on illuminaija.