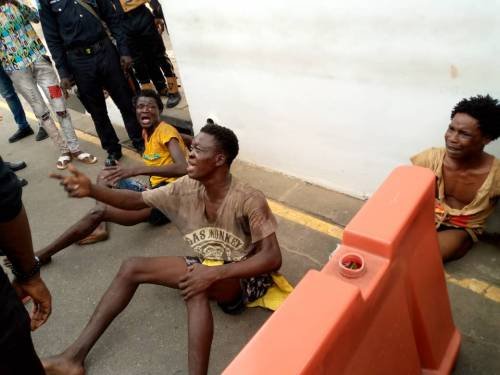 Some armed men suspected to be thugs have distorted the #EndSARS protest in Lagos.

According to SaharaReporters, the thugs invaded the protest ground with machete, charms and sticks while chasing away demonstators at the Lagos-Abeokuta Expressway.

The thugs were repelled by protesters, who overpowered them.

Three of the thugs were caught and handed over to security personnel.

The protesters have regrouped and continued the protest.